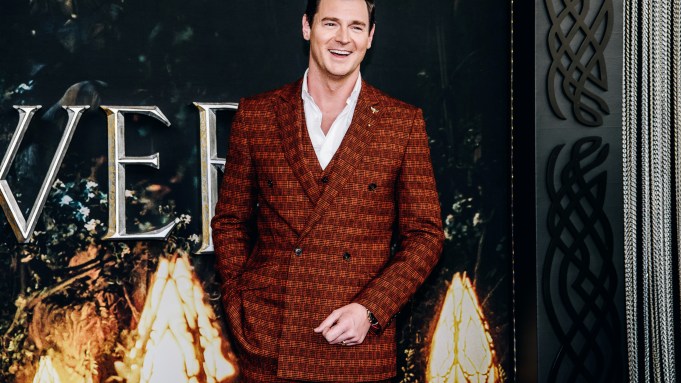 Benjamin Walker continued his streak of standout suits at the New York premiere of “The Lord of the Rings: The Rings of Power.”

Ahead of the Los Angeles premiere, Walker spoke to WWD about the role, stating: “It’s genuinely incredible,” he said. “My first impression was, man, I gotta get a bigger television. It’s epic. We spent so much time away from our families and away from our home and places of comfort that for it to turn out so well, it was really gratifying and I’m really proud of everybody [involved].”

He also spoke about his character’s costumes in the show.

“Gil-galad in the show has this kind of golden corset. And when you put that on you can’t help but stand up straight and almost levitate, like an elf,” he said. “The same is true for a good suit.”