By Jessica Iredale on May 1, 2014
View Slideshow 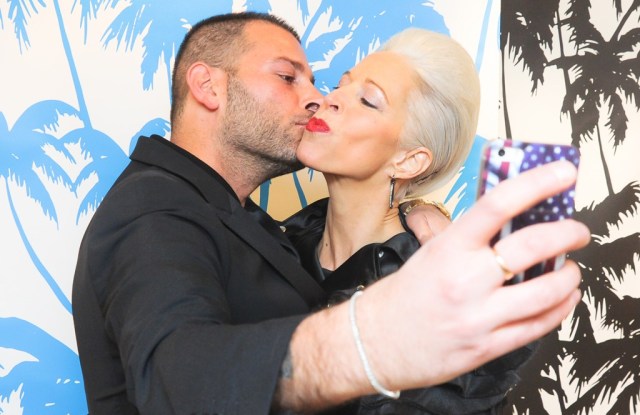 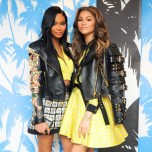 BERGDORF IS HIS TEMPLE: A passionate Italian to his core, Fausto Puglisi’s personality is as effusive as his designs. For example, the electric-toned palm tree prints and exaggerated A-line miniskirts of his spring collection, displayed on Bergdorf Goodman’s third floor at the store’s launch party Tuesday for Puglisi’s line. “It’s a dream,” said Puglisi of being carried in Bergdorf, his first store in New York. “I can’t believe.”

“When I was very young and came here from Sicily I used to look at Bergdorf like a real temple,” said Puglisi. “When I was 17 years old, I remember perfectly this floor.”

He has prime positioning in proximity to Céline and The Row, which provided a relatively understated backdrop for the guests dressed in Puglisi — Elisabeth von Thurn und Taxis, Chanel Iman, Zendaya and Zoë Kravitz — milling the racks.

Puglisi’s passion also extends to American culture in general, a recurring theme in his collections. So while on U.S. soil, he hit Broadway —“Hedwig and the Angry Inch” — shopped for books and antiques and just felt the love for the city. “I love everything in New York. Every single thing. The people. Democracy. White, black, everybody. And the Statue of Liberty, as you can see,” he said, as a model wearing a shirt from his fall collection emblazoned with Lady Liberty walked by.