The Bread & Butter opening party was called off early due to intemperate weather. 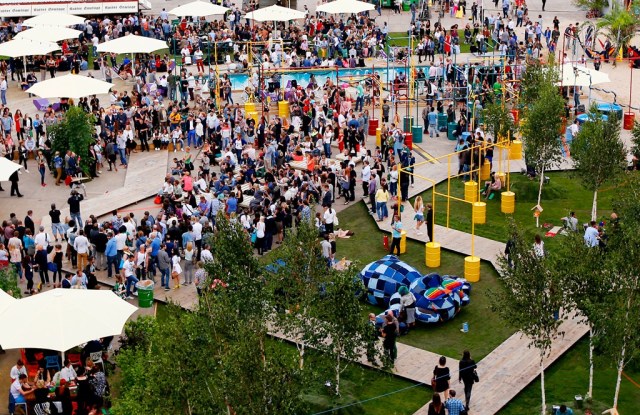 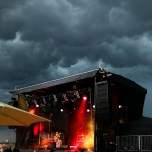 SHORT BUT SWEET: Berlin Fashion Week began with lightning, thunder and heavy rain. As a result, the Bread & Butter opening party held on Monday night in the airfield of Tempelhof airport was called off early.

The celebration started without a hitch at 7 p.m. in a park with guests relaxing by the swimming pool, playing on the sandy beach, laying on grass and grooving to live music while enjoying a variety of foods from some of Berlin’s popular restaurants, such as Mr. Vuong. The bliss was short-lived, however, when dark, fast-moving clouds dropped buckets of rain. Heavy winds followed with lighting and thunder, which forced the party to end early.

Attendees, including the Mayor of Berlin and his guests, all had to seek shelter. At 9 p.m. the event organizers said that due to severe weather the party was canceled and asked everyone to leave the premises.

Bread & Butter founder and director Karl-Heinz Müller said: “This was not the plan, but I am glad everyone had a good time earlier.”