Berlin’s Now a Three COS Town

A further five COS stores are due to open this fall. 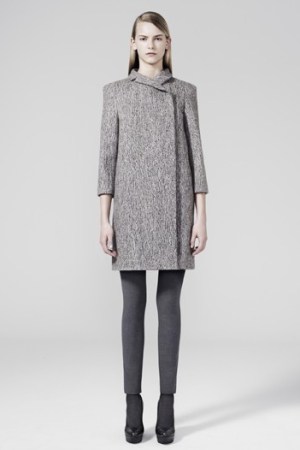 COS, Hennes & Mauritz’s more upscale cousin, opened its third Berlin door today, bringing its retail presence in the city in line with that of London, which opened its third unit in March. The 5,000-square-foot store on Friedrichstrasse, near Unter den Linden, is the company’s eighth in Germany — far and away COS’s largest market.

“We’re heavily in Germany because it’s also a big market for H&M and it’s where we had the most experience. But we’re now finding our own markets,” said COS creative director Rebecca Bay. France, where COS recently opened a Paris shop that’s doing “very well,” according to Bay, is the brand’s major new market entry for 2009.

Another five COS stores will be opened this fall, expanding the store network to 21. However, as the leases have yet to be been signed, brand director Pernilla Wohlfahrt would give no further details. Germany is part of the expansion plan, “but I can’t be specific where,” she said. Wohlfahrt explained there should be openings in all the big cities, plus some smaller ones, where COS customers are likely to be, like Copenhagen and Antwerp.

When it comes to retail real estate, the current economic downturn has its upside, she suggested, saying, “In this climate, you can get great locations.” The climate has also influenced COS’s upcoming fall/winter collection.

“When we saw the first signs of a recession coming, we looked at how grunge approached fabrics,” said Bay. “So there’s felted, boiled and heavy wools, but matched with lighter fabrics like poplin and stretch silk.”