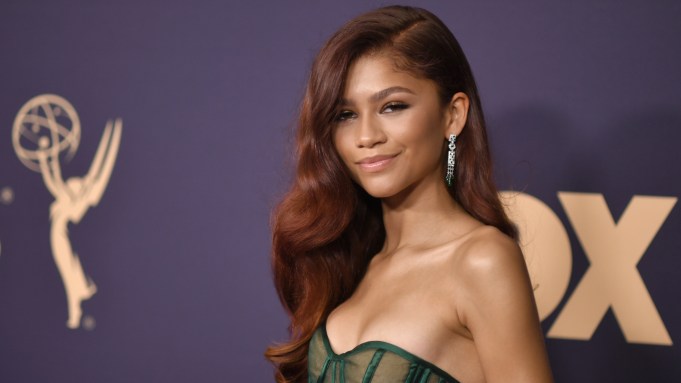 Awards season is kicking off once again, now with the 2021 Emmy Awards slated for Sunday.

Like other awards shows, the Emmys brings together some of Hollywood’s biggest stars who have regularly left their high-fashion mark on the red carpet.

Over the years, the likes of Zendaya, Sarah Jessica Parker, Regina King, Jennifer Aniston, Tracee Ellis Ross and others have attended the annual awards show in custom and couture looks by design houses that have solidified their place in the cultural lexicon for years.

Parker attended back-to-back Emmy Awards in the early 2000s thanks to her role as Carrie Bradshaw in the hit HBO series, “Sex and the City,” for which she won the award for Outstanding Lead Actress in a Comedy Series in 2004. She brought her signature, Bradshaw-inspired style to each year’s awards show, wearing looks like a pale yellow beaded Anna Molinari dress in 1999, a white feathered Oscar de la Renta dress in 2000 and a white tulle Chanel gown in 2003.

In recent years, young Hollywood stars have also made their mark on the Emmys red carpet. While she has only attended two Emmy Awards, Zendaya wore custom looks both years that have become hallmark moments of her style evolution. The actress attended the 2019 Emmy Awards wearing a custom, bustier-style Vera Wang dress to present the award for Outstanding Directing in a Limited Series or Movie to Johan Renck for “Chernobyl.”

Zendaya followed up the look the next year, in 2020, wearing a custom black-and-white polka-dot dress from Armani, which she wore when she won the award for Outstanding Lead Actress in a Drama series for her role in HBO’s “Euphoria.” The award made Zendaya the youngest actress to win in the category.

Here, WWD looks back at some of the most memorable Emmys red carpet looks of all time. Click through the gallery for more.