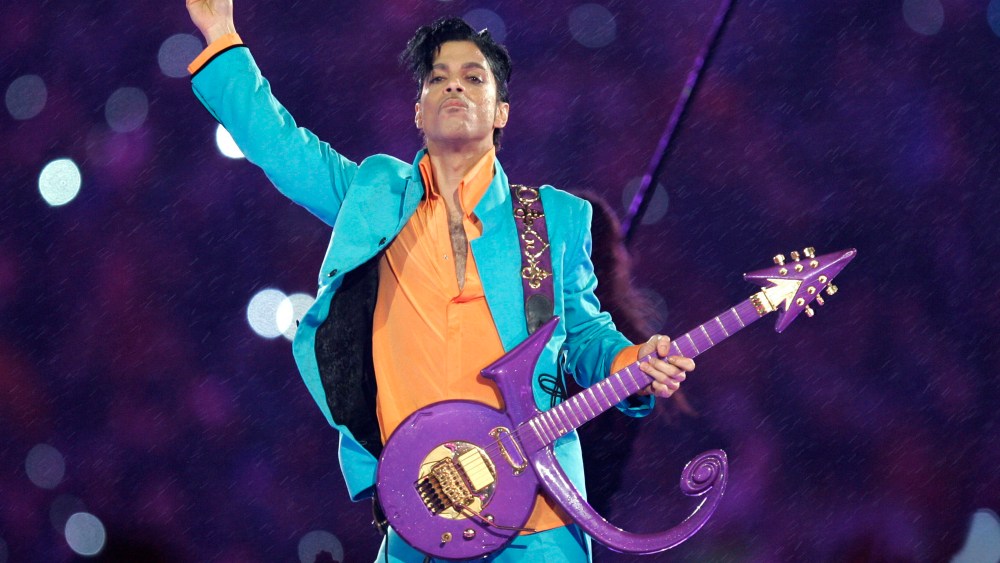 Each year, the Super Bowl halftime show creates memorable moments that stick in the cultural lexicon.

Many musicians, singers and entertainers, including Beyoncé, Lady Gaga, Prince, Madonna, Michael Jackson have headlined the much-watched halftime show, putting on performances that have become hallmarks of the singers’ careers.

The Super Bowl halftime show has had many emotional moments that have resonated with viewers, such as U2’s 2002 show that honored the victims of 9/11 and Beyoncé’s 2016 performance that referenced the Black Lives Matter movement.

Here, WWD looks back to 11 of the most memorable Super Bowl halftime show performances of all time. Read on for more.

Michael Jackson redefined the Super Bowl halftime show, turning it into the much-watched spectacle it is today. Jackson paired his impressive choreography with his hit songs like “Billie Jean” and “Black or White” for his 17-minute performance.

Before the likes of Lady Gaga and Katy Perry put on their own theatrical halftime shows, there was Diana Ross, whose performance included four outfit changes, dancers spelling out her name, sparklers and a helicopter exit.

U2 had one of the most emotional Super Bowl halftime show performances, paying tribute to the victims of the 9/11 terrorist attacks. The band performed on a heart-shaped stage and projected the names of all the victims on a screen behind them.

Prince’s Super Bowl halftime show set a new standard for future performances. Despite a heavy rainstorm, Prince went forward with his performance, singing his own hits as well as songs by others, including the Foo Fighters’ “Best of You” and Creedence Clearwater Revival’s “Proud Mary.”

Taking advantage of the downpour, Prince performed one of his most famous songs, “Purple Rain,” while dressed in a turquoise suit and orange dress shirt.

Madonna had one of the most impressive Super Bowl halftime show performances with the help of Cirque du Soleil acrobats and dancers dressed as gladiators and cheerleaders. She was also joined on stage by Nicki Minaj, LMFAO, M.I.A. and CeeLo Green.

The singer performed her hits like “Vogue,” “Like a Prayer” and “Music” while wearing a gladiator-style outfit by Givenchy, a gold headpiece by Philip Treacy and jewelry by Bulgari.

Beyoncé gave a memorable halftime show performance in in 2013 when she sang her hit songs like “Crazy in Love,” “Baby Boy” and “Love on Top” while wearing a leather and lace-detailed bodysuit custom-made by Rubin Singer.

The highlight of Beyoncé’s performance was when she brought her fellow Destiny’s Child members, Kelly Rowland and Michelle Williams, on stage halfway through the performance to sing the group’s popular song, “Independent Women” and Beyoncé’s track “Single Ladies.”

Bruno Mars made his debut performance on the Super Bowl halftime show stage in 2014, teaming with the Red Hot Chili Peppers to perform songs like “Locked Out of Heaven,” “Treasure” and “Give It Away.” Mars and his band wore metallic gold Saint Laurent suit jackets for the performance, while Red Hot Chili Peppers frontman Anthony Kiedis wore graphic printed leggings by Jeremy Scott.

Perry’s show created arguably the most popular meme to come out of a Super Bowl halftime show: Left Shark. The dancer, who was dressed in a shark costume, quickly went viral for his dance moves while Perry performed “Teenage Dream.”

Perry was also joined during the performance by Lenny Kravitz, who sang Perry’s song “I Kissed a Girl,” and Missy Elliott, who performed her own hits “Work It” and “Lose Control.”

Bruno Mars and Beyoncé returned to the Super Bowl stage in 2016, this time joining Coldplay to headline the halftime show performance. Coldplay opened up the show by performing several of their hits, including “Yellow,” “Viva la Vida” and “Paradise.”

While the performance was jam-packed with stars, Beyoncé arguably stole the show with her performance of “Formation,” where she paid homage to the Black Panthers, Malcolm X and the Black Lives Matter movement. The singer wore a military-inspired, leather Dsquared2 outfit for the performance, matching with her background dancers who were dressed in coordinating leather and Black Panther-style berets.

Lady Gaga’s Super Bowl LI performance was one of the most highly anticipated halftime shows of the 2010s. The singer performed a medley of her hits from the beginning of her career, like “Bad Romance” “Poker Face” and “Just Dance,” and started off the show by jumping off the roof of the NRG Stadium in Houston.

The singer was dressed in custom Versace looks for the performance, including a Swarovski crystal-embroidered jumpsuit with embellished shoulders and a white bedazzled jacket with football player-esque shoulder pads paired with silver Swarovski crystal-detailed HotPants.

Jennifer Lopez and Shakira brought it in 2020 when they headlined the Super Bowl LIV halftime show. Their performance included many memorable moments from Lopez, who gave a nod to her 2019 film “Hustlers” by pole dancing and paid homage to her Puerto Rican heritage. Another highlight came from Lopez’s then 11-year-old daughter, Emme, who made her singing debut when she performed her mother’s hit, “Let’s Get Loud.”