The fashion muses were among guests at the Saint Laurent show on Tuesday.

By Lily Templeton
with contributions from Joelle Diderich
on September 26, 2017
View Slideshow 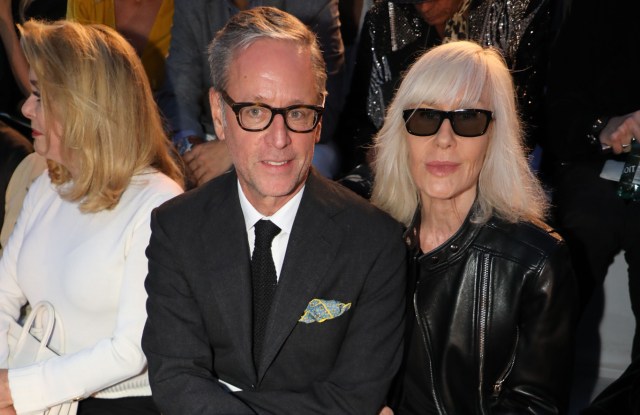 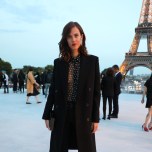 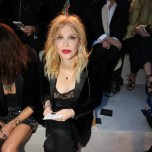 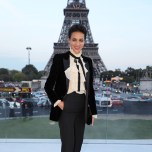 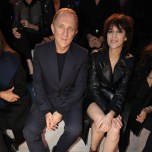 The first Saint Laurent show after the death of Yves Saint Laurent’s business partner Pierre Bergé was a spectacular affair, its set perched on the Trocadéro fountains with the Eiffel Tower as a backdrop.

“[Pierre Bergé] is still here, and will be forever,” said Betty Catroux as she sat in the front row with Bergé’s widower Madison Cox, the American landscape designer and director of the Fondation Jardin Majorelle.

The pair agreed that the striking venue struck the right note for this emotional moment. “Very fitting for a tribute,” thought Catroux, while Cox affirmed his support of Anthony Vaccarello.

“What could be more beautiful and more Parisian,” wondered Byredo founder Ben Gorham, who will be showing a leather goods collection inspired by drag racing on Thursday evening. “[This show] is also a celebration of a legacy, with Anthony [Vaccarello] doing an amazing job moving it forward. There’ll be an honorary aspect to what we see tonight,” he said.

“It’s really amazing,” said Courtney Love, who attended with her daughter Frances Bean Cobain. “I’m hoping to be awed and shocked and surprised.”

The rocker has a collection of vintage YSL that includes gypsy blouses and a tuxedo suit. Her next project has nothing to do with fashion: Love is writing a memoir scheduled for publication next year. “I’m going to tell a lot — not all,” she teased.

Among the guests sitting on bleachers on one side of the open-air runway, in full view of a crowd of curious onlookers, were YSL chief executive officer Francesca Bellettini, Kering chairman François-Henri Pinault, actresses Catherine Deneuve and Robin Wright.

“I think it’s great that they have the kids out here, that people can watch,” said Chloë Sevigny. “I think it’s so romantic to be here and exciting. I love YSL,” said the actress and style muse, noting her mother was a big Rive Gauche fan.

Sevigny planned to leave the next day to begin work on “The True Adventures of Wolfboy,” an independent film starring John Turturro. “I’m going from Paris to Buffalo [N.Y.]. It’s going to be too extreme,” she said ruefully.

“The house lost a great man, but the beauty of it is that house lives on. The Saint Laurent heritage is here and it’s a magical, eternal name,” said Farida Khelfa, as she took in the “mythical location” of the show. Coming up next for Khelfa is a documentary on women in the Middle East, which is still in production.

At 8 p.m. on the dot, the crowd fell silent as the Eiffel Tower sparkled. Lenny Kravitz slipped into his seat as the show started.