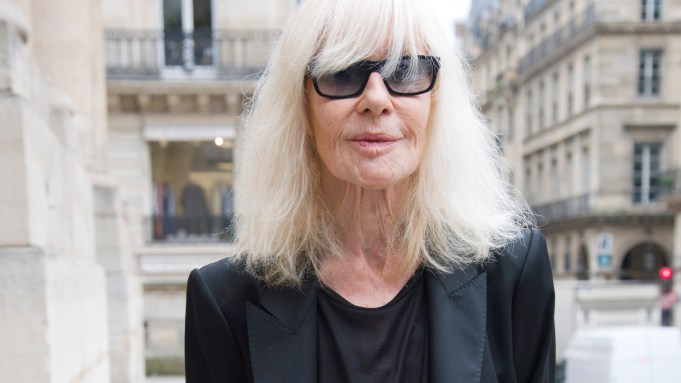 ALL ABOUT YVES: “I think of him all the time. I loved him, admired him — and had great fun with him. To be here today, to think that 10 years have gone by already,” Hélène de Ludinghausen said at a memorial mass marking the 10th anniversary of the death of Yves Saint Laurent, held at the Eglise Saint-Roch on Friday.

De Ludinghausen was inspector of boutiques at Yves Saint Laurent from 1969 to 1971 and the house’s couture director from 1971 to 2002.

“For me, it’s a chapter that closed. When you work with a man like him for 33 years, it’s impossible for me to consider anything done by anybody else,” she said, filing into the church alongside guests including Saint Laurent muse Betty Catroux, Madison Cox, Maryvonne Pinault and Sonia Sieff, whose father Jeanloup Sieff took the iconic photo of Saint Laurent in his birthday suit for the launch of his first scent in 1971.

“Not only the family and everybody from the house, but the crowd, the whole of Paris will come, it’s a big homage,” said Dominique Deroche, who worked as Saint Laurent’s press officer for more than four decades.

Organized by the Fondation Pierre Bergé-Yves Saint Laurent and led by Father Thierry Laurent at the church where Saint Laurent’s funeral was held 10 years ago, the moving ceremony featured a goosebump-inducing performance of Giuseppe Verdi’s “Ave Maria” by soprano Angélique Boudeville and readings by Saint Laurent’s niece, Marianne Vic-Orlowski and Maxime Catroux.

Philippe Mugnier also read out extracts from “Letters to Yves,” a volume of letters written by the late Pierre Bergé, Saint Laurent’s partner in business and life, in the year following his death.

“It was the perfect tribute, and so emotional,” said Catroux, who appears in Saint Laurent’s fall campaign. “I can’t believe 10 years have gone by, it feels like it was yesterday.”