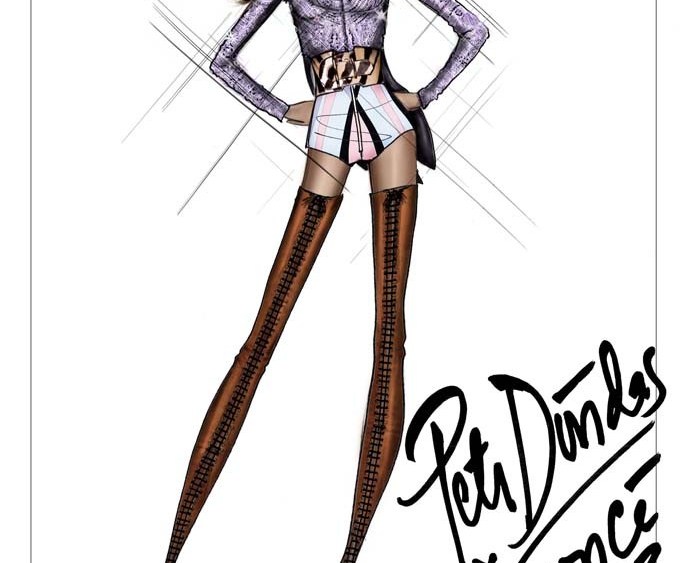 GET CARTER: The list of designers who are dressing Beyoncé Knowles for her Mrs. Carter Show world tour, which just kicked off, continues to grow. In addition to looks from Dean and Dan Caten of Dsquared2 and a dizzying selection of Stuart Weitzman shoes, the fashion-conscious Knowles sported several sparkly numbers designed by Pucci creative director Peter Dundas. The designer drew inspiration from his fall collection to create Beyoncé’s outfits, which all play up the singer’s legs with thigh-high boots and form-fitting tops.

On Tuesday, The Blonds’ Phillipe Blond and David Blond also said that the entertainer will be wearing one of their designs on stage, which was inspired by Tamara de Lempicka’s paintings of the female body. It is “meant to give the illusion of being covered in crystallized honey,” said Phillipe Blond, who first hand-painted the bustier suit before it was “hand embroidered with approximately 30,000 Swarovski crystals that took over 600 hours to apply,” David Blond added.