The Mrs. Carter Show World Tour kicks off on Monday in Belgrade, Serbia.

By Kristi Garced and Cynthia Martens on April 12, 2013
View Slideshow 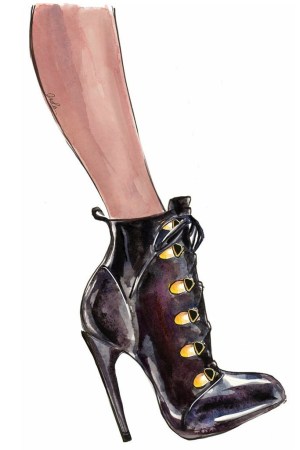 TWIN PEAKS: For her Mrs. Carter Show World Tour, which kicks off on Monday in Belgrade, Serbia, Beyoncé Knowles called on Dean and Dan Caten to devise some of her looks. The Dsquared2 twins rose to the occasion, and for the duration of the tour — which hits cities from Zagreb, Croatia, to Manchester, England, and Oklahoma City to Brooklyn on Aug. 5 — at each concert, one of Knowles’ outfits will be tailor-made from the designers.

Additionally, Stuart Weitzman, who has teamed up with Beyoncé on her last two tours and several special performances over the past six years, will be designing the singer’s footwear yet again. Weitzman worked with Beyoncé’s stylists, Ty Hunter and Raquel Smith, and mother, Tina Knowles, to design the shoes, which range from Swarovski Element-embellished pumps to combat boots.