Watch Queen B meet the Duchess of Sussex in this viral video. 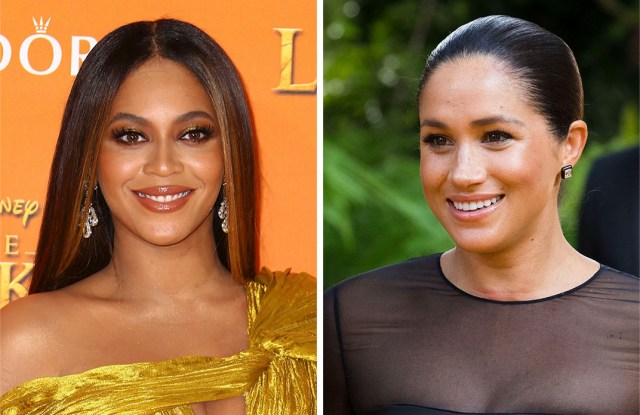 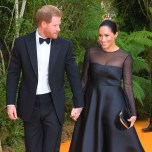 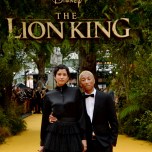 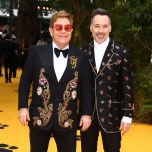 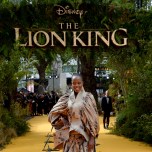 It’s been a star-studded weekend of events in the UK with the Wimbledon finals, but perhaps the hottest ticket in town was the London premiere of “The Lion King” on Sunday night.

The hotly-anticipated remake of the blockbuster 1994 Disney animated film, which hits theaters this week, stars Donald Glover and Beyoncé Knowles Carter, who voice Simba and Nala, respectively. While the presence of Beyoncé on any red carpet is a royal event by Hollywood standards (case in point: when Knowles Carter and daughter Blue Ivy Carter showed up to the film’s Los Angeles premiere in matching custom Alexander McQueen), the addition of the Duke and Duchess of Sussex made Sunday night’s premiere a true royal affair.

Beyoncé  and Jay-Z, who actually gave a shoutout to the Duchess displaying a portrait of her behind them in an Instagram post upon receiving their Brit Award in February, met Meghan and Harry for the first time on the red carpet, as seen on this video that’s gone viral.

Knowles Carter wore a custom draped gold gown from Cong Tri, while the Duchess and new mother of baby Archie wore a black A-line Jason Wu dress with a sheer illusion top and sleeves. In the video, Knowles Carter hug the Duke and Duchess of Sussex, congratulating them on the birth of their son, Archie.

Watch below and click the gallery above to see all the photos from “The Lion King” UK premiere.

Click the gallery above to see all the photos from “The Lion King” UK premiere.