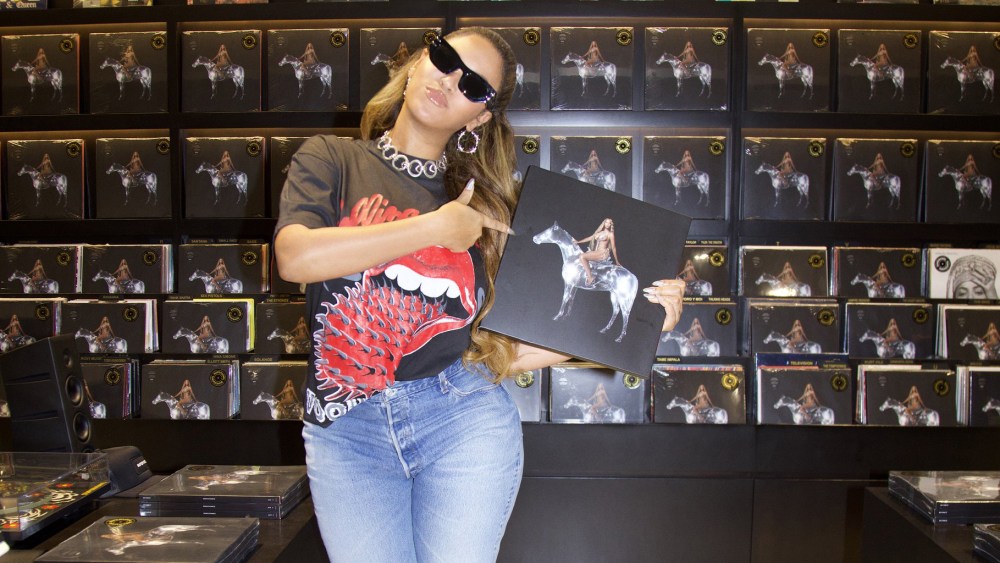 Beyoncé sported a Rolling Stones T-shirt and a pair of cowboy boots on Sunday at Supervinyl in Los Angeles, California, while promoting the vinyl iteration of her new album “Renaissance.”

The singer paid homage to vintage and western-inspired trends, opting to coordinate a band T-shirt and jeans with mid-ankle cowboy boots in black leather by R13.

R13 was founded in 2009 by Chris Leba. The brand’s core pieces include denim, leather and plaid fashions. In addition to Beyoncé, the brand counts other celebrities as fans, including Gwyneth Paltrow, Rihanna and Taylor Swift.

Beyoncé’s ongoing promotion of “Renaissance” has awarded her fans some memorable fashion looks, including a rollout of images where she sported Alaïa, Schiaparelli and Mugler ahead of its July 29 release.

During Paris Fashion Week, she wore a hooded Saint Laurent dress accessorized with Tiffany & Co. jewelry including bracelets, necklaces and rings to celebrate the album. Beyoncé also notably scored a second Tiffany campaign in September as she once again donned the brand for print ads and in a short film. In 2021, she made headlines alongside her husband, rapper and entrepreneur Jay-Z, when they first starred in Tiffany campaigns, which ran for a year.