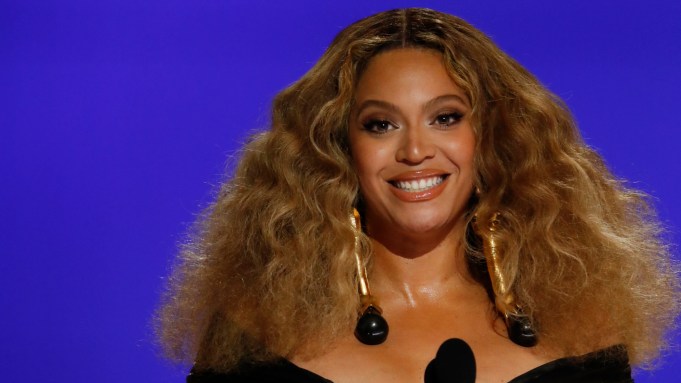 Beyoncé is getting closer to releasing her new album “Renaissance.”

The music icon revealed Thursday on her Instagram the album art for her upcoming studio album, which will be released on July 29. The image shows Beyoncé sitting on a glass horse while wearing a spiked silver body chain.

“Creating this album allowed me a place to dream and to find escape during a scary time for the world,” she wrote in the caption. “It allowed me to feel free and adventurous in a time when little else was moving. My intention was to create a safe place, a place without judgment. A place to be free of perfectionism and overthinking. A place to scream, release, feel freedom. It was a beautiful journey of exploration. I hope you find joy in this music. I hope it inspires you to release the wiggle. Ha! And to feel as unique, strong, and sexy as you are.”

The ”Renaissance” album art comes more than a week after Beyoncé released the album’s first single, “Break My Soul,” debuting the disco-themed song with album art showing the singer dressed in an Alaïa jumpsuit from the design house’s fall 2022 ready-to-wear collection. Beyoncé paired the jumpsuit with matching opera gloves, a Destree hat and black sunglasses.

“Renaissance” is Beyoncé’s first album since her 2016 hit “Lemonade,” which was released with a 65-minute film. Since “Lemonade,” Beyoncé released the visual album “Black Is King,” which was the soundtrack for the 2019 “The Lion King” remake.

Beyoncé has yet to reveal additional details about “Renaissance.”

Everything to Know About Beyoncé’s Upcoming Album ‘Renaissance’