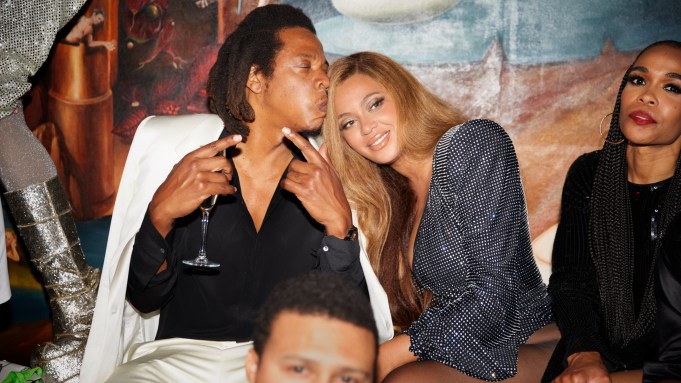 Beyoncé is continuing the celebration of her recent album, “Renaissance.”

The musician hosted a Studio 54-themed disco party Friday night at the Paradise Club at the Times Square Edition, called “Club Renaissance,” to celebrate the album, which officially released on July 29.

Beyoncé attended the party wearing a House of Timothy White shimmery bodysuit that was designed with a plunging neck and featured matching gloves. She paired the look with Giuseppe Zanotti crystal-embellished platform heels, Wolford tights and jewelry from Tiffany & Co. The look was styled by Marni Senofonte.

Beyoncé also posted photos from the party and of her disco-themed style on her Instagram.

Beyoncé’s disco-themed look aligns with the high-fashion photoshoot she released as album art with the “Renaissance” album. The musician appeared in the photoshoot wearing an array of retro and disco-themed looks from designer labels like Alaïa, Gucci, Mugler and Schiaparelli, as well as emerging designers including Nusi Quero, Giannina Azar, Natalie Fedner and others.

“Renaissance” is Beyoncé’s seventh studio album, marking her first solo album in six years since the release of her award-winning album, “Lemonade.”

In 2020, Beyoncé released the visual album “Black Is King,” which was the soundtrack for the 2019 “The Lion King” remake. The visual album included an array of high-fashion moments from brands like Valentino, Burberry, Mugler and Erdem.