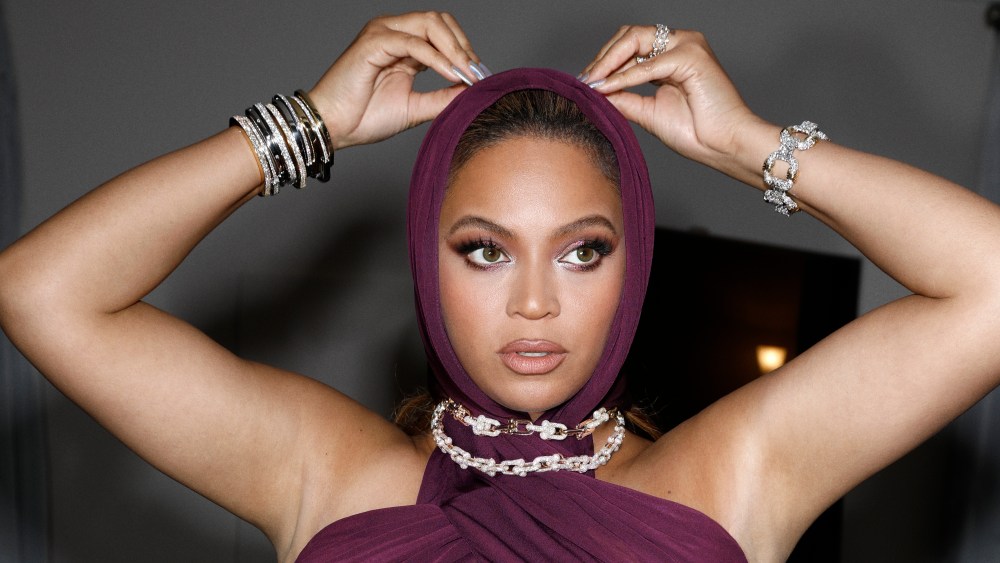 Beyoncé is continuing to celebrate her new album with another launch party.

The musician hosted her second “Club Renaissance” party on Tuesday during Paris Fashion Week to celebrate her “Renaissance” album, which was released in July. For the occasion, Beyoncé looked to Saint Laurent for her look, wearing a plum-colored dress with a cross-over design and hood worn under a leather coat. She paired the look with Saint Laurent’s Luna sunglasses.

This is Beyoncé’s second “Club Renaissance” party in celebration of her seventh solo studio album. In August, Beyoncé hosted another celebration at the Paradise Club at the Times Square Edition. The Studio 54-themed party brought together the likes of Jay-Z, Tyler Perry, Kendrick Lamar, Leonardo DiCaprio, La La Anthony and many others.