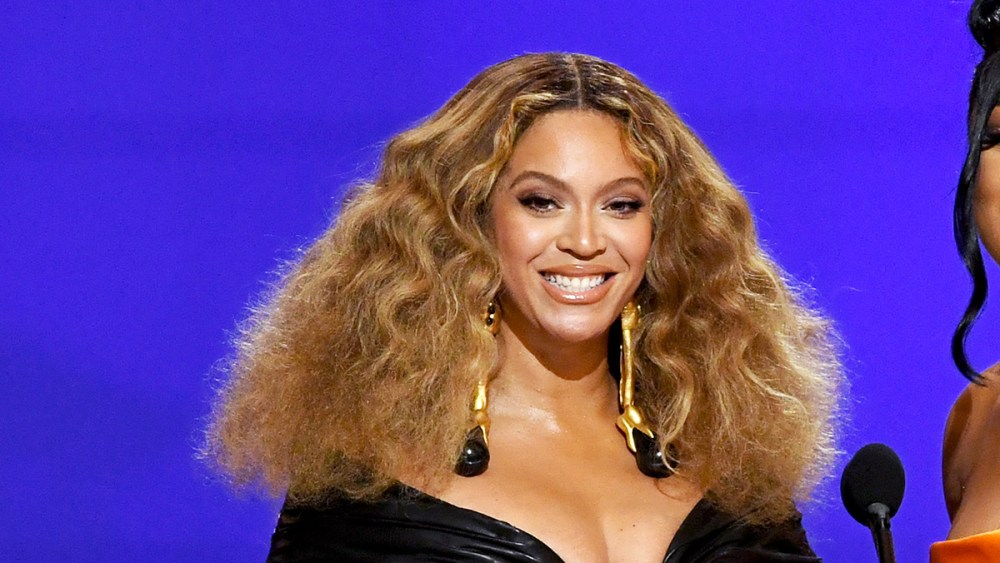 For the occasion, the musician wore a formfitting custom Gucci gown by Alessandro Michele with a black satin bodice and a feather-trim train. The bust of the dress was adorned with black, white and gray sequins and two star-shaped patterns on each cup of the bust.

She accessorized with hot pink satin opera gloves, also from Gucci, that had an oversize balloon cuff, and a pair of chandelier diamond earrings from Lorraine Schwartz.

Beyoncé went for an evening-ready makeup look, including a honey brown nude lip, blush and a smokey eye shadow with mascara. She had her hair done in voluminous curls that cascaded down her back.

Beyoncé was accompanied by her husband, rapper and entrepreneur Jay-Z, who wore a classic black tuxedo with a double-breasted velvet blazer.

The singer has had a busy year promoting her new album “Renaissance,” which dropped on July 29 and debuted at number one on the Billboard 200 chart, marking her seventh consecutive album to do so. The promotional images for the album featured Beyoncé in notable designers including Schiaparelli, Mugler and Alaïa.