The British Fashion Council hosted two events for nominees — Sunday lunch and cocktails — while Donatella Versace talked about her new book at the Victoria & Albert museum in the evening. 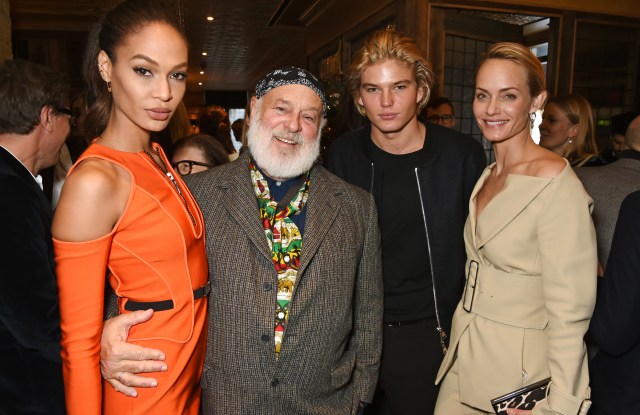 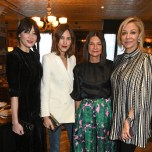 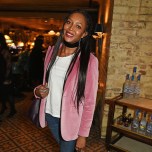 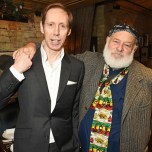 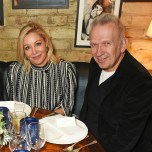 SUPER SUNDAY: It was one busy day in London ahead of the Fashion Awards, which take place Monday night for the first time at Royal Albert Hall: The British Fashion Council hosted two events for nominees — a Sunday lunch and cocktails — while Donatella Versace talked about her new book at the Victoria & Albert museum in the evening.

“I’ve always wanted the Fashion Awards to go international so this is a culmination of a four-year-long dream,” said Natalie Massenet, the BFC’s chairman, at the lunch at Little House in Mayfair.

“To have Franca Sozzani, Ralph Lauren and Bruce Weber come to London to be celebrated — it’s all very exciting. It’s been such a course in fashion recently.”

Coca said he usually spends his Sunday unwinding. “I’d be relaxing with my friends, my sister and my family,” said Mulberry’s creative director. “Watching TV and doing all the things that you never have the time to do. It’s a personal day that is only for you.”

Templerley, who normally spends her weekends outside the British capital, in the Somerset countryside, said she normally goes to yoga and has a big family lunch. Rocha typically spends the day with her baby daughter and her boyfriend. She has also been busy working on her store in New York that will open in February.

Nearly everyone said they’re looking to unplug, and engage in some digital detox during the upcoming holiday season. “No gadgets!” said Temperley. “Just quiet time, family time and long lie-ins with my son.”

The designer is working on a new tome, to be published by Rizzoli, and is headed to Japan to present her next bridal showcase. She said the coffee-table book encompasses “craftsmanship, our bridal world and a whole fantasy travel section.”

Time is also something Anya Hindmarch said she is longing for. The designer, who just opened stores in Los Angeles, Singapore and Galeries Lafayette, said she just wants to have one Sunday to herself.

“Just time,” said Hindmarch. “It’s my dream. The pace of fashion right now, it’s such a frenetic schedule. I think it’s important that people really do take a break.” Rocha said rest is definitely on her wish list. “Sleep!” she said.”I have a one-year old daughter, so that combined with work. Sleep and quiet would be amazing. I spend the holidays in Ireland with my family.”

Designers also talked about life post-Brexit referendum, with a weaker pound. Some designers remain cautious while others are optimistic.

“Margins have become an issue because of the exchange rate,” said Temperley. “We’re trying to monitor it and trying to work it out. Because the pound is weaker, people will hopefully be buying a little bit more. We just have to be a bit careful about what we make.”

Meanwhile, Hindmarch who is up for the international accessories designer award, doesn’t think she will be raising prices. “With exchange rates going up and down, I think it will be fine,” she said.