The company signed a five-year licensing agreement with Italy-based Arkano Srl for the production and global distribution of men's jewels debuting with the fall 2020 collection.

Bikkembergs is adding some bling to its offering.

The company has signed a five-year licensing agreement for the production and global distribution of men’s jewelry with Italy-based Arkano Srl, aiming to expand its presence as a lifestyle brand.

The first collection bowing for fall 2020 follows a see-now-buy-now model as it is being presented today with a dedicated physical event as part of Milan Fashion Week and subsequently available at the brand’s flagship stores and at select retailers.

Dario Predonzan, chief operating officer of Levitas SpA, Bikkembergs’ parent, described the partnership with Arkano as “an important step in the restyling and expansion of our range of licenses [that] we have been pursuing for some time now. This debut in the jewelry world is a natural move for a brand as iconic as Bikkembergs.”

Antonio Babolin, chief executive officer of Arkano, took pride in partnering with Bikkembergs and expressed confidence that under the terms of the deal the two companies “will create collections that express the energy of the Bikkembergs’ style and write a new page in its history.”

In keeping with the brand’s commitment to update its heritage rooted in sport references, the jewelry collection overseen by Bikkembergs’ creative director Lee Wood is crafted from steel and comprises necklaces, rings and bracelets articulated over three ranges. 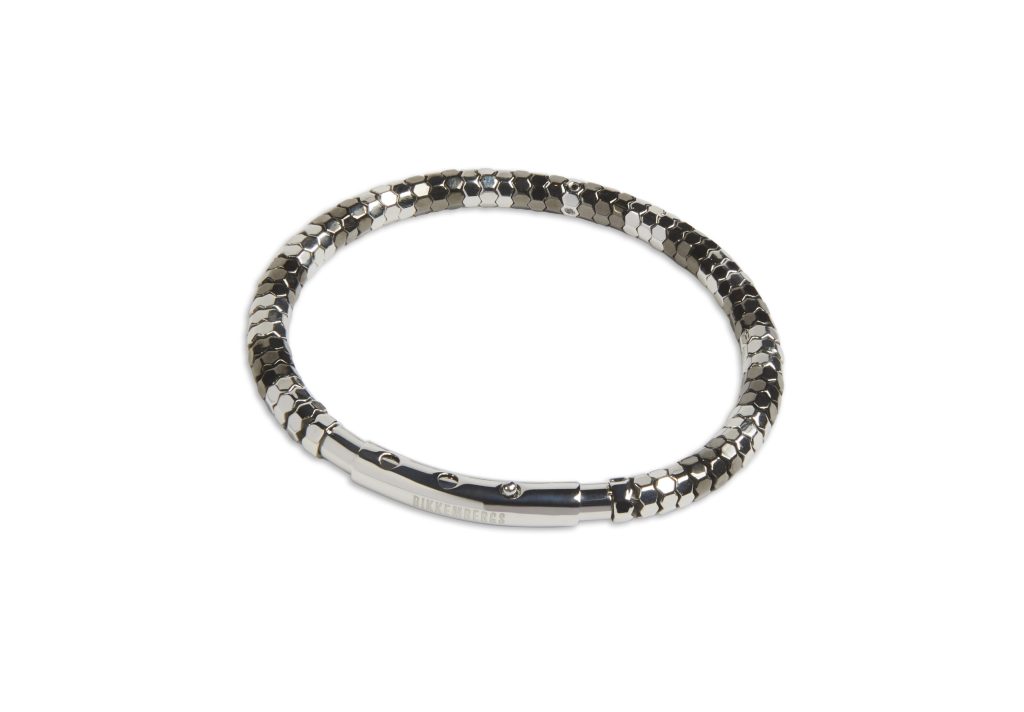 Tag chain bracelets embellished with the brand’s logo are part of the Band lineup, while the Embossed range features band rings with the engraved logo standing out in contrasting colors. Paying homage to the Bikkembergs’ link with soccer bulging rings and beaded bracelets reproduce the multifaceted, curved shape of the soccer ball.

The collection retails at between 89 euros and 179 euros.

Following last year’s acquisition by Chinese retail giant Canudilo Modern Avenue of the remaining 49 percent stake in the brand it did not already own from Italian companies Zeis Excelsa and Sinv, Bikkembergs’ has been spearheading a reorganization, which included finding new licensees.