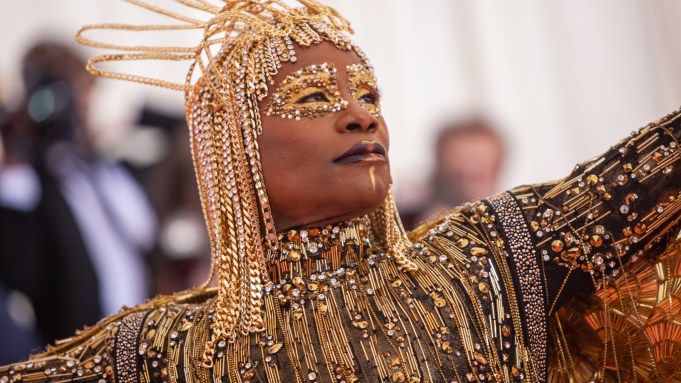 With an affinity for extravagant, gender-bending looks, Billy Porter has become one of the most watched celebrities on the red carpet.

Spectators can never anticipate what Porter — who is nominated for Lead Actor in a Drama Series at Sunday’s Emmy Awards for his role as Pray Tell on FX’s “Pose” — will wear next. Porter never disappoints, always leaning toward costume-like looks that bring a high drama factor.

This year alone, Porter has seemingly upped the ante with every red-carpet appearance. For the Golden Globes in January, Porter was seen wearing a gray, jeweled Randi Rahm suit complemented with a hot pink cape, which he gladly twirled around in for photographers. He then one-upped himself at the Academy Awards the following month, where Porter wore a custom hybrid tuxedo ballgown by Christian Siriano.

At this year’s Met Gala, Porter took the camp theme head-on, arriving at the museum’s pink carpet carried by six men on a litter while wearing a Cleopatra-inspired look complete with a gold sequined jumpsuit, cape and headpiece created by The Blonds. After disembarking said litter, Porter spread out his cape, revealing it doubled as angel wings.

Billy Porter as a gilded pharaoh getting carried into the #MetGala pic.twitter.com/6ePKRV1hXV

After a year of high-impact red-carpet looks, Porter is sure to top himself once again during Sunday’s awards show.

WATCH: The Most Unforgettable Looks from the Met Gala 2019