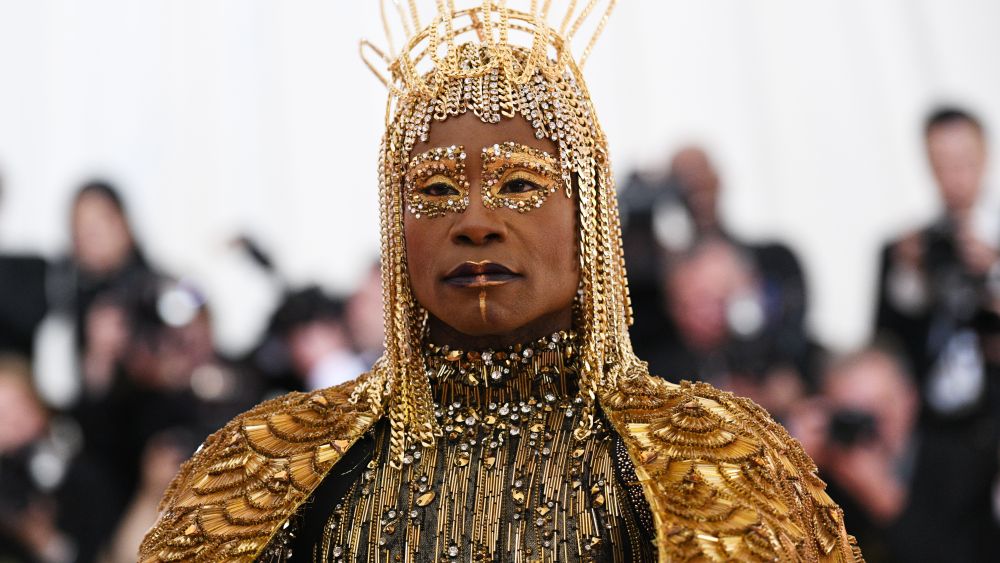 Billy Porter was one of the most watched stars on the red carpet in 2019 — but perhaps surprisingly, the actor is not aiming for fashion icon status.

The “Pose” star, who made history in September when he became the first openly gay black man to win an Emmy Award for lead actor in a drama, is known for his extravagant, impactful red-carpet looks.

This year, Porter made best-dressed lists with aplomb, starting in January with the Golden Globes, where he wore a jeweled Randi Rahm couture suit with a hot pink train, while the hybrid Christian Siriano tuxedo ballgown he wore to the Academy Awards drew positive reviews on social media. One of his more dramatic sartorial moments of the year was at the Met Gala in May, where he arrived clad in a Cleopatra-inspired sequined jumpsuit with 10-foot angel wings.

While the decade may be coming to a close, Porter is showing no signs of slowing down. He’s cohosting “Dick Clark’s New Year’s Rockin’ Eve’ on ABC, as well as playing the part of Fairy Godmother in the upcoming live-action “Cinderella” movie. Porter, a Broadway performer and R&B musician, also has a new single coming out in January.

Today, Porter is announcing his partnership with PayPal for its Giving Tuesday initiative, in which the company will match 10 percent of donations made through PayPal to charities like the American Red Cross, St. Jude Children’s Research Hospital and the American Cancer Society. WWD caught up with the actor to talk PayPal and all things Porter fashion.

WWD: How do you define your red-carpet style?

Billy Porter: That’s a really interesting question. I’ve never really thought about defining it. I would say it’s undefinable. I don’t even know what it is sometimes. I’m putting one foot in front of the other and I am trying to be as true and as honest to what I feel I want to do at any given time, so unpredictable.

WWD:  How do you decide on a red-carpet look?

B.P.: We decide by first trying to define what the moment is. What the event is about and then we go from there. I’m a very story-oriented person coming from being an actor, so I always try to have a narrative for myself so that there is always a reason and there’s always a point. I want to be a walking piece of art — political art — whenever I can, any time I show up.

WWD: Is there a deeper message you seek to convey with your red-carpet looks?

B.P.: Yeah, I feel like messaging can come in many different forms. We as artists have the power to change the molecular structure inside of people and change their hearts and minds. Fashion is art and fashion can make that change, and I always knew it. I always felt it, but this year has really solidified that for me.

WWD: What’s your favorite look of the year?

WWD: Do you consider yourself a fashion icon?

B.P.: I let other people say that about me. You know, show business is hard because you borderline on confidence and arrogance, so I’m trying to be on the confidence side. I’m going to let other people call me a fashion icon at least for the next couple of years and then I’ll do it myself. But that’s what people are saying.

WWD: How did your partnership with PayPal for Giving Tuesday come to fruition?

B.P.: The spirit of giving has always been in my life. Giving Tuesday is something that PayPal has been committed to since 2012 and they are trying to expand the Giving Tuesday not to just Tuesdays, but to every day. They’re going to match 10 percent of the funds that you give and you can give in many, many different ways. You can volunteer, you can donate, you can mentor, so it’s a really interesting way of reigniting the idea that the world is a better place when we can give back.

Click through the above gallery to see Billy Porter’s most headline-making red carpet looks.

The Best Dressed Stars at the American Music Awards 2019