DKNY is feting its 20th anniversary next year in festive fashion, with a customized bubbly. 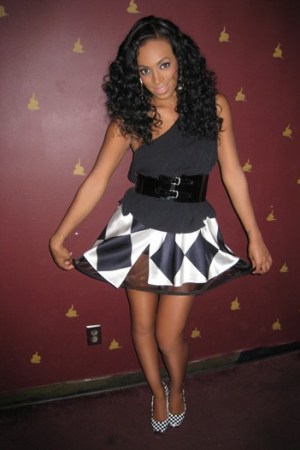 BIRTHDAY TOAST: DKNY is feting its 20th anniversary next year in festive fashion — with a customized bubbly. The company is teaming up with Chandon to create a special DKNY sparkling wine, which will be a custom “Twenty Year Cuvée” with grapes from a two-decade span, a custom DKNY label and special bottle design. The $50 full-size bottle will be sold at chandon.com and the Chandon winery in Napa, but there will be plenty of other opportunities to sample the DKNY blend throughout the anniversary year. All guests at the spring 2009 runway show will find a full-size bottle on their seats, and mini-bottles of the drink will be served at anniversary events throughout next year. Guests will also be handed a special custom DKNY cooler bag complete with four mini-bottles. And for the following holiday, the company is cooking up a custom gift item to accompany the full-size bottle.

This story first appeared in the July 31, 2008 issue of WWD. Subscribe Today.

SISTER ACT: The latest addition to Giorgio Armani’s team of fashion ambassadors is the multihyphenated singer-songwriter-model-actress-entrepreneur-Beyoncé’s sister Solange Knowles. But rather than promoting Armani’s signature line, Knowles will be wearing Armani Jeans. The line, said the designer, expresses his “vision of a young, independent, casual lifestyle with a strong and cool, fashion sensibility. Solange epitomizes this style perfectly and brings to it that swing so evident in her new single, ‘I Decided.’” Knowles’ second album, “Sol-Angel and the Hadley Street Dreams” will be released on Aug. 26. Armani is no stranger to the Knowles family, as the designer chose Beyoncé for the Emporio Armani Diamonds advertising campaign last year. Solange, 22, will begin her European press tour in London at the end of July.

TRIPLE THREAT: Usher threw a party at Tiffany & Co. in Atlanta on Friday night to celebrate his expanding roles as entertainer, philanthropist and entrepreneur. The event, which drew 150 people to the Phipps Plaza store, celebrated Usher’s New Look Foundation, which runs camps for disadvantaged children. Usher was joined by wife Rameka Raymond, both in Tiffany jewelry loaned for the event. Others guests included Tasha Smith, Hill Harper and music mogul Michael Mauldin, Jermaine Dupri’s father. Usher said Tiffany is a “favorite place to buy gifts, especially silver spoons for babies,” but he also loves Saks Fifth Avenue for jewelry for his mother. Among his other favorite shopping haunts, he cited Neiman Marcus and Target. “I’m a simple guy,” he said. “I like Calvin Klein, for jeans and undershirts.” About those undershirts, when asked about his fragrance launch last year, he hinted at future brand extensions, mentioning lingerie as a possibility, along with sunglasses and other accessories.