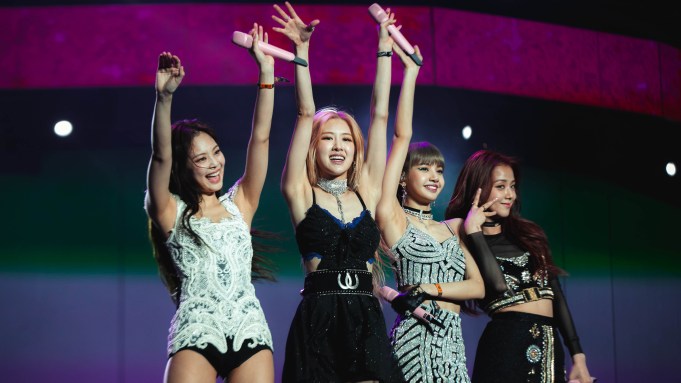 On Monday, MTV announced more performers slated to perform for their upcoming Video Music Awards at the end of the month, a lineup which includes the popular South Korean all-girl group.

It will mark Blackpink’s debut performing at a U.S. awards show, where they will sing their new song “Pink Venom.”

In 2020, the group, which consists of members Lisa, Jennie, Rosé and Jisoo, made history as the first K-pop girl group to take home a VMA for their hit song “How You Like That,” winning the Song of the Summer category.

Lisa, born Lalisa Manobal, is also nominated as a soloist for this year’s edition for her debut single called “Lalisa,” which was released last year.

“Pink Venom” will mark the group’s newest single and comeback after nearly two years. Their last music release was their debut album called “The Album,” which dropped in October 2020.

The song is set to arrive Aug. 19 and will be part of Blackpink’s upcoming second studio album, “Born Pink,” which is scheduled for release Sept. 19.

While Blackpink has roots in South Korea, the group’s global fame has accelerated over the last few years, becoming an international pop sensation. Since its debut in 2016, the all-girl group has broken numerous records with high traction on social media and YouTube, as well as an enthusiastic fan based called “Blinks.”

Blackpink will join a slew of A-list artists scheduled to perform at the show, including Jack Harlow, Lizzo, Måneskin, J Balvin, Anitta, Panic! At the Disco and Marshmello x Khalid.

The 38th edition of the iconic awards show will be held in-person once more at the Prudential Center in Newark, New Jersey, on Aug. 28. Last year, the ceremony was held at the Barclays Center in Brooklyn.