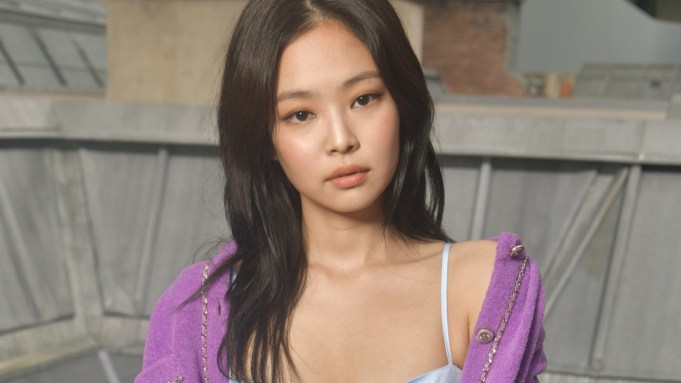 Blackpink’s Jennie Kim is continuing her collaboration with Calvin Klein.

Earlier this week, the brand revealed that the K-pop music sensation will be included in their newest advertisement. The images show her wearing a black Bonded Flex bra and bikini paired with black jeans and copper red hair.

The images were photographed by Alasdair McLellan.

The full campaign will debut starting Aug. 31 on billboards in New York City and Los Angeles later this fall, posted on Houston Street and on La Cienega Boulevard, respectively.

Jennie, as she is known professionally to her legion of Blackpink fans, previously appeared in a spring 2022 campaign in February, starring along the likes of Dominic Fike, Solange Knowles and more.

In the video, she is shown in close-up shots with musical artist Deb Never in a quiet, white room with sky blue-colored chairs where the two pose and laugh together, and Jennie twirls in the room.

Last fall, Jennie appeared as one of the faces for Calvin Klein’s fall 2021 collection, called “The Language of Calvin Klein,” joining the likes of other faces such as Kaia Gerber and Damson Idris. She was also tapped as the new face of Chanel’s Coco Neige campaign, the label’s winter sports collection.

Jennie is most famous for being one of the four members of popular South Korean girl group Blackpink, which also includes Ji-soo Kim, Lalisa Manobal and Chaeyoung “Roseanne” Park, known simply as Jisoo, Lisa and Rosé, respectively.