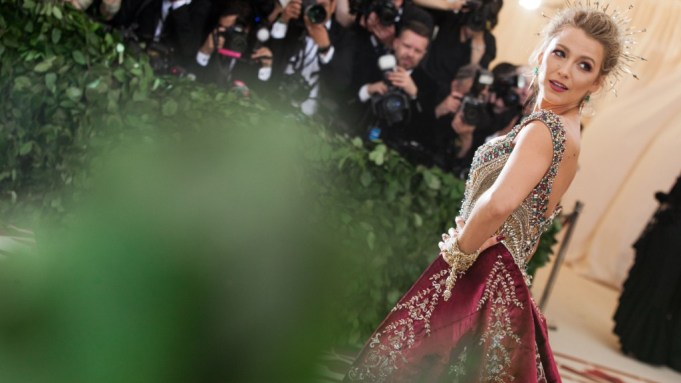 Blake Lively is one of the few Met Gala style stars that knows how to wow spectators year after year with her over-the-top, high-fashion looks.

It’s no surprise given Lively’s impressive style trajectory the actress was tapped to co-chair this year’s Met Gala, a task she’s taking on alongside her husband Ryan Reynolds as well as Regina King and Lin-Manuel Miranda.

The self-styled actress, best known for her It-girl role as Serena van der Woodsen in the original “Gossip Girl” series, is always one of the most highly-anticipated stars to walk the Met Gala red carpet, making her last appearance four years ago.

She made her first appearance in 2009 for “The Model as Muse: Embodying Fashion” exhibit, where she began her Met Gala red carpet reign wearing a draped, one-sleeve blue Versace dress. Lively kept the blue theme for the next year’s Met Gala, wearing a sculptural Marchesa mini dress to celebrate the “American Woman: Fashion a National Identity” exhibit.

It was Lively’s most recent appearances where she began to experiment with more avant-garde and couture-like looks on the Met Gala red carpet, like in 2013 for the “Punk: Chaos to Couture” exhibit where she wore a feathered strapless Gucci gown. She looked to feathers once again in 2017 for the “Rei Kawakuba/Commes des Garçons: Art of the In-Between” theme, wearing a gold-to-blue ombré Versace gown.

It is without a doubt that the Met Gala look that’s resonated the most with spectators was Lively’s 2018 gown: a custom, crimson-colored and jewel-embellished Versace gown with a lengthy train that she wore for the “Heavenly Bodies: Fashion and the Catholic Imagination” exhibit. The lavish dress is one of Lively’s best and most memorable looks from her entire style trajectory, and surely will be hard to beat at this Monday’s Met Gala.

A Look Back at Rihanna’s Met Gala Style Evolution