The designer, who provided two designs he made for Cher to wear in 2010, wasn’t crazy about the fact that he is one of three designers featured. 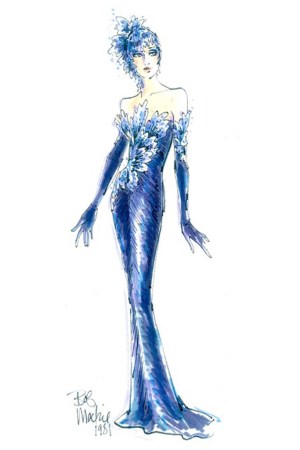 STONEWALLED: Bob Mackie sounded underwhelmed Tuesday, after checking out the Stonewall Pride Collection honoring America’s LGBT designers and stylists at Bloomingdale’s flagship. The designer, who provided two designs he made for Cher to wear in her 2010 Caesar’s Palace show, wasn’t crazy about the fact that he is one of three designers featured in the exhibition. “I liked it but I can’t figure out why there are so few designers. In this town, there are plenty of designers of that particular persuasion,” he said. “I sent in two things from my favorite straight female drag queen. I wanted the show to be more. If they’re going to do it, they should do it big.”

“Project Runway” alumni Chris March’s 2010 Oscars gown for Meryl Streep and a tracksuit-inspired wedding gown by Mon Atelier’s Ali Rahimi are the other featured pieces in the Stone Pride Collection. Reached by phone while browsing in Crate & Barrel’s Madison Avenue store, Mackie said, “Even if they only had people who design for drag queens, it would have been pretty fabulous,” Mackie said.

However sparse the June exhibition may be, Bloomingdale’s shoppers were intrigued. “People were coming along to see if they cold buy it,” Mackie said.