A celebration for the makeup artist was held in Paris Tuesday night. 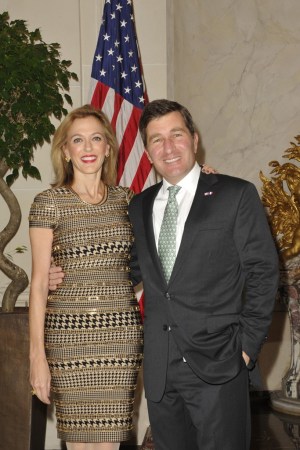 Christie’s Hosts ‘Bid for the Louvre’ Auction With Drouot

PAINT THE TOWN: Bobbi Brown feted her two decades in the beauty industry at the U.S. Ambassador to France’s residence in Paris Tuesday night.

“I’m standing here and don’t believe that this is true,” Brown marveled.

A bevy of actresses — including Virginie Ledoyen, Marie-Josée Croze, Aure Atika, Marina Foïs and Julie Depardieu — plus style icon Inès de la Fressange and singer Micky Green, helped celebrate. So did Maureen Case, president of Bobbi Brown, among other executives from the Estée Lauder Cos. Inc., which owns the brand. — Jennifer WeiL