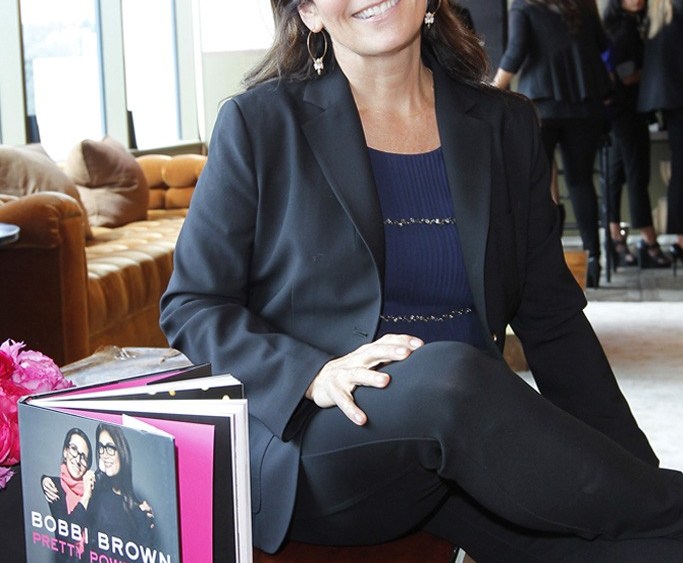 BROWN IN TOWN: Bobbi Brown spent 48 hours in Los Angeles this week on tour for her seventh book, “Pretty Powerful,” during which she held court at a lunch party hosted by Crystal Lourd on Tuesday at the Soho House in West Hollywood followed later that day by an event at Barnes & Noble in The Grove and the next day by a book signing at Saks Fifth Avenue in Beverly Hills. At the lunch party, which was attended by 52 people, including Maggie Grace, Lori Loughlin, Elizabeth Stewart, Jane Ross, Jeanne Yang and Julia Sorkin, Brown praised the nude makeup hues she spotted on New York Fashion Week runways. “That’s my favorite look. There might be a trend of a major bright lip, but, look around, people aren’t wearing it. They will embrace nude,” she said. The nude look certainly might appeal to Grace, who admitted she often skips makeup. “Most of the time, I’m a Topanga hippie chick,” she explained. Grace will soon trade her Southern California digs for New York, where she will give theater a go in a Broadway revival of the William Inge play “Picnic” starting in December. “It’s the first time I’ve been on the stage since I was 16,” said the “Taken 2” actress, who will also be in the sixth season of Showtime’s “Californication” playing a role she described as “the female Hank Moody,” David Duchovny’s Lothario writer character. To Brown, writing books is old hat by now, but she doesn’t know if she has the energy to do another. “Pretty Powerful,” which contains stories and pictures of 150 women, took a year to finish. “You can’t ask me in the middle of a book tour because I’m exhausted,” she sighed.