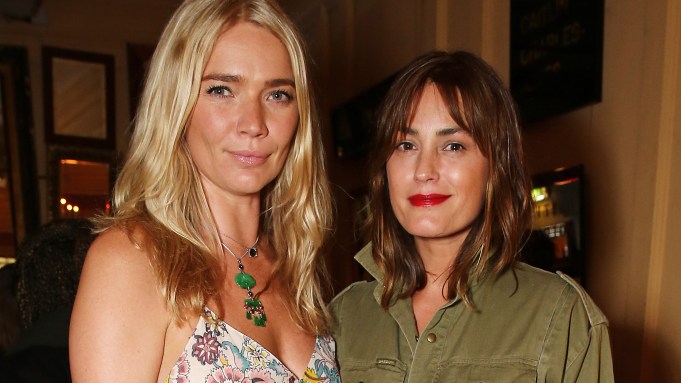 HELPING HAND: Boden feted the launch of the Future British initiative Friday night at the Union Club in London where attendees included Caroline Issa, Jodie Kidd and Yasmin Le Bon. With additional support from the British Fashion Council, the project puts the expertise of Johnnie Boden’s British label behind emerging British designers to help them build their embryo businesses and realize their potential.

The first three recipients are Sam McCoach of Le Kilt, shoe designer Camilla Elphick and knitwear newcomer Caitlin Charles-Jones. They are to benefit from a year’s worth of business advice and mentoring across brand development, marketing and digital strategy along with financial support. “We wanted to give something back and I thought this was a fantastic opportunity to support young designers; it’s not just a question of giving them money. We’ve had lots of privileges and we can share our experience with them,” said Boden.

He chose the trio for their ability to appeal to the Boden customer: “They are designing for real people as well as breaking new ground.” Of McCoach who presented her Scottish-made Le Kilt collection earlier that evening in the same venue, he noted “the kilt is such an important part of what we do; it’s such a lovely British concept and I love the quirky way she mixes her fabrics.”

More designers are to be selected on a staggered basis with two more to be announced in June.