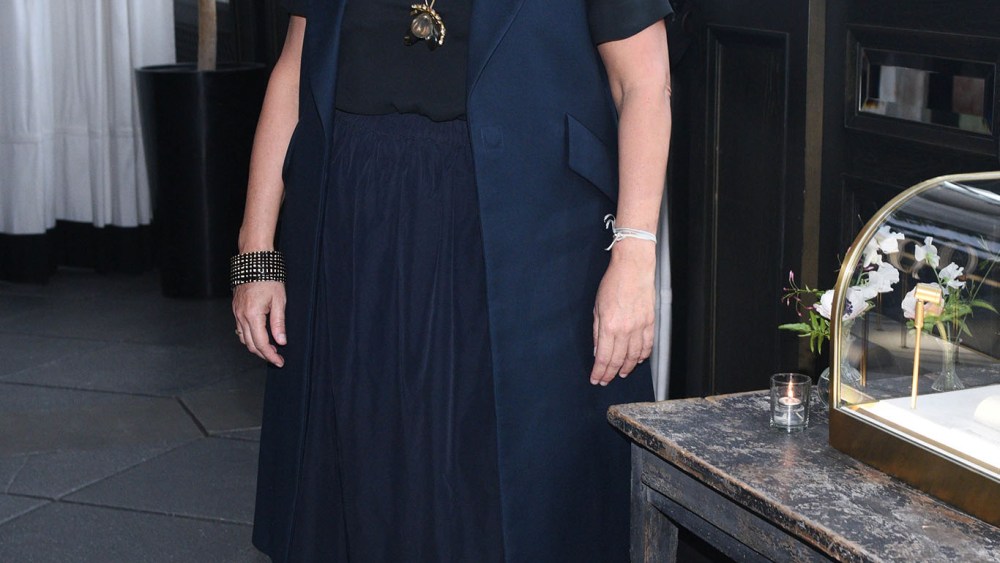 Guests at a rooftop dinner at the Gramercy Hotel were among the first in New York to glimpse Bonpoint’s Mon Premier Diamant line.

Still a few weeks away from arriving in the Madison Avenue store, the My First Diamond line features intricate bracelets with barely there baguette-cut diamonds on a pink gold bracelet or silk ribbon.

While Gucci Westman, Rickie De Sole, Julia Restoin Roitfeld, Elizabeth Manice, Charlotte Santo Domingo, Kate Davidson Hudson, Jane Keltner de Valle and others arrived at Gramercy Terrace, Bonpoint’s artistic director Christine Innamorato chatted about the delicate jewelry designed with Neva Oslo. The bracelets feature all the letters of the alphabet so that mothers can choose the initials of their children. She said the silk bands are meant to symbolize the link between the mother and child.

In response to interest among shoppers in Canada requesting the brand, Bonpoint is looking for stores in Toronto and Vancouver. Las Vegas and Costa Mesa’s South Coast Plaza are being considered for store openings, though another West Coast port-of-call, San Francisco, has been challenging in terms of available real estate. By 2020, the company aims to open three more stores, Innamorato said. In the meantime, the immediate focus is expediting e-commerce by shifting logistics to the U.S. from France. By opening its first U.S. distribution center in Queens in June, the company aims to help defray shipping costs for U.S. clients.

Before flying back to Paris on Friday night, Innamorato planned to buzz by the Guggenheim museum, where exhibitions by Jackson Pollock and an installation by Doug Wheeler are on view. Her interest in art may edge into Bonpoint’s merchandise going forward. Noting how the children’s clothing company has collaborated with Adidas and Aurélie Bidermann, she said, “I love collaborations with artists. I love painting, and I would love to maybe collaborate with a Japanese artist.”