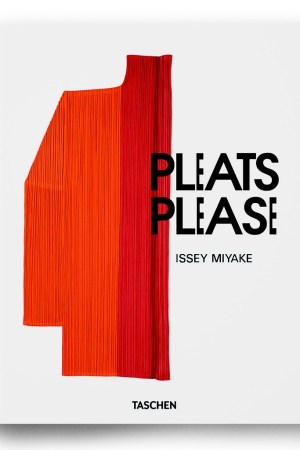 THE PLEAT GOES ON: In preparation for the 20th anniversary of his Pleats Please line, Issey Miyake has lifted the lid on the techniques that go into making his iconic pleated garments. “Pleats Please Issey Miyake,” published by Taschen, features some 400 images illustrating the history of the collection, including its production process, from the creation of the original thread to the pleating itself.

The book comes in several multilingual editions, including one in English, German and French, and retails for $39.95. Already on sale in France, it will be available in the United States from Oct. 15. Separately, designer Taku Satoh has produced a series of images that will be used in events marking the anniversary of Pleats Please, which was launched in 1993.