The 320-page tome, by photographer Harry Benson and Hilary Geary Ross, is a collection of portraits of some of New York’s most renowned citizens. 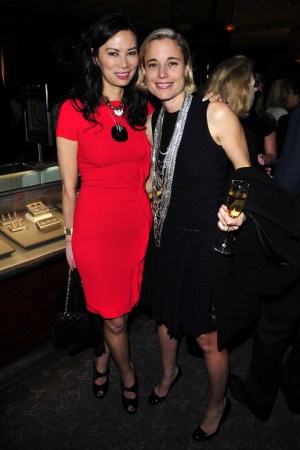 “Some people call it a coffee-table book. If you look at it, it’s a coffee table,” quipped Mayor Michael Bloomberg, who kicked off the celebration with a few brief remarks. “It’s a very big book. It would also make a great stocking stuffer…if your stockings are made of titanium.”

This story first appeared in the December 8, 2011 issue of WWD. Subscribe Today.

“Society is not all glitz, and our book is not all about glitz,” Geary Ross said of her book. “It’s about people who achieve and make a difference.”

The duo is currently working on a book that focuses on Palm Beach, Fla., society.