Book Traces Trash Made into Fashion

A total of 82 designers and artists from are featured in the tome. 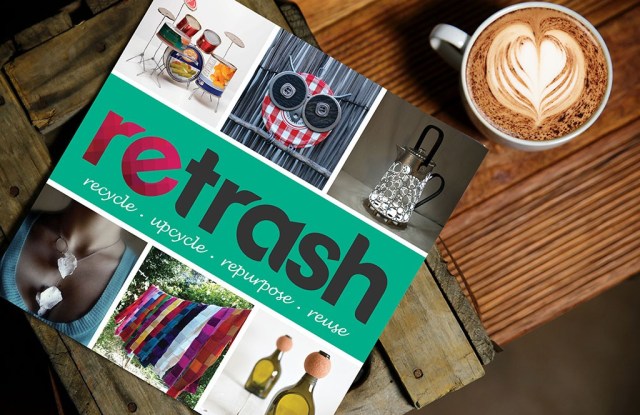 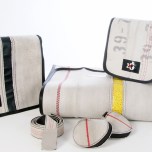 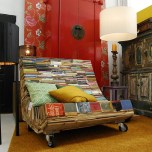 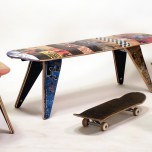 THROWAWAY CHIC: Ever since Pharrell Williams announced his long-term collaboration with G-Star to produce denim from ocean waste, recycling has become fashionable again. But eco-friendly needn’t be backed by a big name to be cool. “Retrash,” a fancy coffee table book showcasing the work of 82 designers and artists from 20 countries leading the global upcycling movement, is a case in point.

It features Lanni Lantto, for instance, whose “art d’eco” collection includes a man’s jacket made from vintage wool and an old car’s flat washers, among other collected materials; or Patrizia Lacino, whose jewelry from recycled rubber or disposed contact lens containers is an instant eye-catcher.

Standouts among the design objects include Jason Podlaski’s arty furniture pieces made from trashed skateboard decks as well as the sleek chairs manufactured by bel & bel from thrown-away Vespa parts. “You won’t believe [it] came from the dump,” said Retrash founder Nathan Devine of the ideas compiled in the book.

The Australian graphic designer set out in 2009 to reduce global waste in ways that are creative and raise awareness. Devine has launched a crowdfunding campaign via Kickstarter today, which coincides with global Earth Day. His goal: “To raise $8,350 for an initial print run of 1,000 copies. The money will go towards printing, editing and shipping costs.”