Palm Beach didn’t let a drizzly day stand in the way of raising money — with Bottega Veneta to boot. 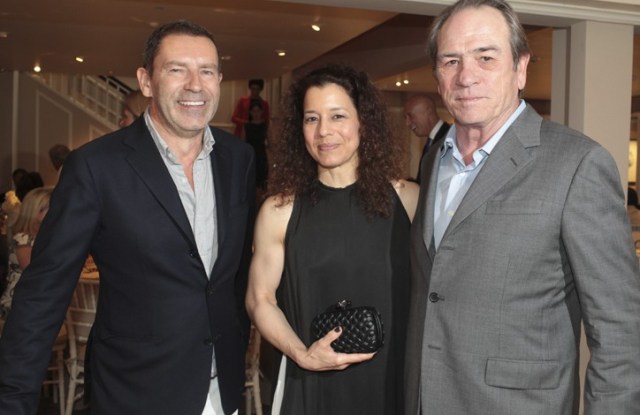 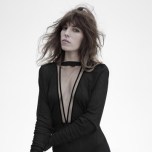 Wearing a navy blue blazer and casual, button-down shirt from his namesake collection that the likes of Ron Perelman buy by the boatload, Tomas Maier set the tone for male dress — at least a dozen clones could be counted in the crowd that included Tommy Lee Jones. “Oh my God! I can’t believe my favorite American actor is here,” said Bottega’s starstruck chief executive officer Marco Bizzarri before taking the mic to announce the first U.S. presentation of the spring collection. Models meandered around tables to a techno beat, definitely shaking things up at the normally staid, private Club Colette.

The party continued at Maier’s Via Mizner boutique, where Bottega staged its first jewelry retrospective in Florida over the weekend. As guests perused women’s mixed-media pieces from 2005-2011, Maier discussed the next phase of his inexhaustible work ethic recently chronicled in a New Yorker profile, like the brand’s inaugural fragrance launching in September.

“I’ve always loved fragrance and carry many kinds in all my own stores. Since it’s our first one, I don’t take this responsibility lightly,” he said, adding he’s also collaborating on a Bottega book with several writers. “We don’t want just a coffee-table book but something more profound.”

NO VALENTINE HERE: “Operation Broken Hearted,” an ongoing crackdown by U.S. Immigration & Customs Enforcement, has shut down 18 domain names of Web sites selling a long list of luxury counterfeit products ranging from fake handbags to scarves, watches and jewelry. Coinciding with its announcement on Valentine’s Day, the agency said it was seizing the commercial Web sites that were “engaged in the illegal sale and distribution of counterfeit goods.”

During the investigation, undercover officers made purchases from the online retailers of various types of bogus accessories bearing the name of Burberry, Chanel, Coach, Dolce & Gabbana, Gucci, Louis Vuitton, Nike, Omega, Patek Philippe, Prada, Rolex, Tiffany & Co. and Timberland. Many of the domain names selling the fakes also illegally used many of the luxury companies’ names, such as “Chanel-Wholesale.com” and “Coach-Handbagsstore.com.”

ELOISE’S MOM AT THE PLAZA: With her two-year-old daughter, Eloise, in her arms, Stacey Bendet, co-owner and designer of Alice + Olivia, appropriately selected The Plaza hotel to showcase her fall collection. “The clothing was really rich and glamorous, and it was a lot of mixing of bouclés and tweeds, with a grown-up feeling, so we thought it was appropriate to do it at the Plaza,” said Bendet. Posing in various vignettes, the models were busy sneaking in pieces of chocolate and sips of Champagne, as photographers swarmed around them taking pictures. “She’s so talented and ambitious, and executes so well,” said Stefani Greenfield, founder and owner of My Next Act.

AIN’T THAT AMERICA: Woolrich’s new go-to girl for women’s fashion, Paula Gerbase, may live in London but she is no stranger to the East Coast. While her pneumologist mother and dermatologist father were working at Johns Hopkins, she lived in Baltimore from age 8 to 12. That’s when a Japanese-American friend introduced her to origami, advancing her interest in design from two dimensional to three. While her skills are considerably more sophisticated than they were in her tweens, Gerbase’s fondness for small town life hasn’t waned. She actually relishes her trips to Woolrich, Pa., where the company has one of the last woolen mills in the U.S. “I love it. My friends laugh at me,” she said. “I take lots of pictures there. I love the colors, the grays with blues, and all the little houses.

DRESS UP: Following the likes of Yves Saint Laurent, Sonia Rykiel, Alexis Mabille and Azzaro, young Paris-based designer Anthony Vaccarello has been tapped to design a capsule collection for French mail order giant La Redoute. Muse Lou Doillon models the line of three LBDs, which will go on sale on April 12 at laredoute.fr and in La Redoute’s spring-summer 2011 catalogue. The frocks retail for 100 euros, or about $130.

SKATE MATE: Vera Wang designs the costumes for Evan Lysacek, so it’s no surprise that the skating champ made his way to Wang’s show on Tuesday. “I just arrived in New York and wouldn’t miss this for the world,” said Lysacek, who has already seen many of the looks. “I have been with her for the last two months. Vera is stretching her creativity this time.”

Lysacek is keeping himself busy while in Gotham. In addition to ringing the closing bell at the New York Stock Exchange later in the day, he was readying himself for the premiere of his documentary “Rise” on Thursday.

OSCAR GOWN COUNTDOWN: The Academy of Motion Picture Arts and Sciences set its third annual Oscars Designer Challenge into motion Tuesday at its headquarters in Beverly Hills with a fashion show introducing nine designers competing to have their custom gowns worn by a statuette presenter at the Academy Awards on February 27. Designers Angela Avanesyan, Octavio Carlin, Katelyn Bischof, Miriam Cecilia Carlson, Borris Powell, James De Colón, Natalia Romano, Clay Sadler and Zoe Hong were selected by an academy committee through sketch submissions, then given two weeks to independently produce their dresses, without funding from the academy.

The public can view and vote for the gowns on oscar.com until Feb. 21, as well as watch a Web series that chronicles the competition from sketch selection and model casting to the runway show. The hopefuls, based in Los Angeles, Chicago, New York and Oakland, Calif., range from recent fashion school grads to veteran designers selling their lines at Saks Fifth Avenue and boutiques around the country.