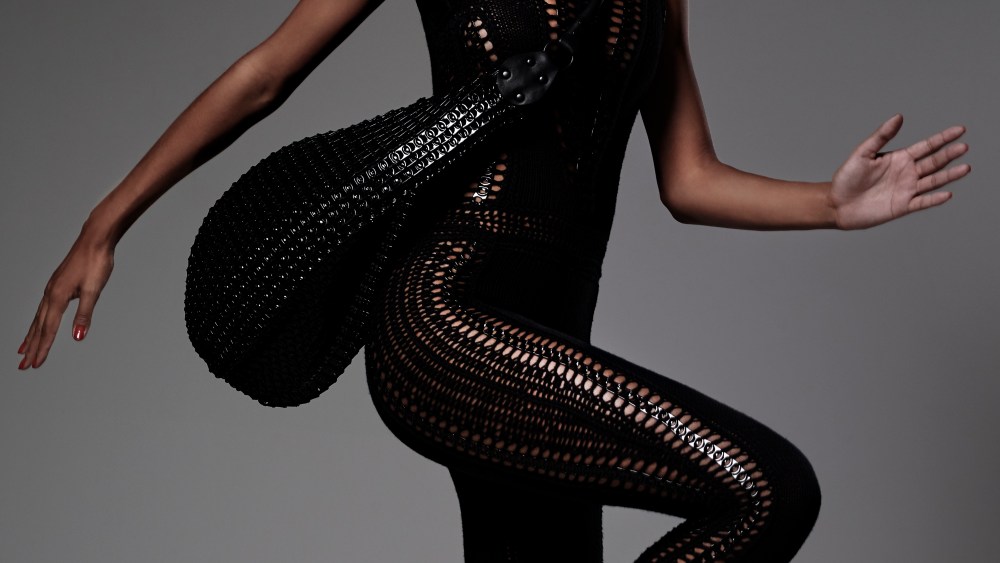 SUSTAINABLE IN RIO: Bottletop is making its presence felt in Rio. The sustainable accessories label was invited by organizers to create costumes for the 2016 Rio Olympics Opening Ceremony.

The costumes, a series of black-and-white skintight jumpsuits made using the brand’s signature metal tabs and Swarovski crystals, reflect the label’s commitment to sustainability and craftsmanship.

Each jumpsuit was hand-crafted over a six-month period by local artisans between London, Salvador, São Paulo and Rio de Janeiro using individually enameled metal tabs. The tabs had been collected from Bahia, in northeast Brazil, while the upcycled Swarovski crystals were gathered in Europe.

The brand captured the costumes in a series of photographs shot by Grayson Hoffman, featuring the Brazilian model and Bottletop’s ambassador, Lais Ribeiro.

The pieces will be on display alongside the label’s fall collection at a private event in Rio, to be held Aug. 16, which will highlight the brand’s cross-cultural ethos by featuring music by Brazilian and European artists.

In addition, a pop-up shop is planned to launch on the same day, at Rio’s historic Bhering chocolate factory.

The brand also opened a pop-up store on London’s Regent Street in May, alongside green campaigner Livia Firth. The store featured a metal canopy of silver cans on the ceiling and stocked key pieces from the label’s offer, including organic cotton backpacks, soft leather totes and chain mail clutches created in collaboration with Narciso Rodriguez.

“They started as a small project in Bahia, Brazil, and it’s amazing to see their growth. As the scale of the brand grows, the lives of the women in Bahia have radically improved and so did their skills,” Firth told WWD at the London opening.