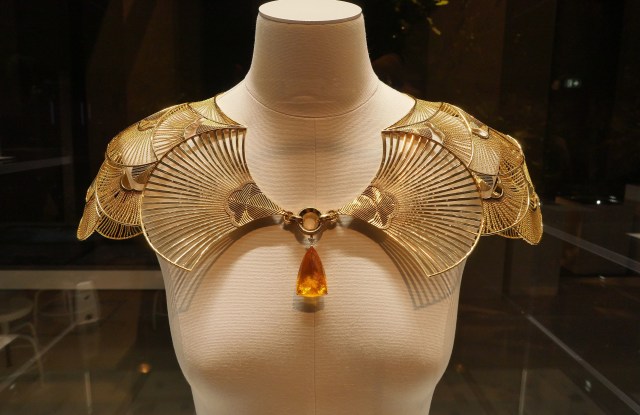 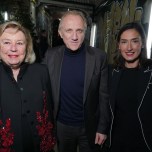 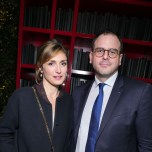 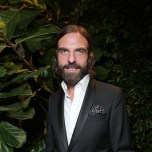 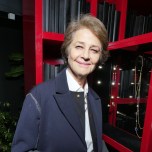 MINGLING AT THE MINT: Guests at Boucheron’s interactive Vendôrama anniversary exhibit began their journey at the back door of the 18th-century Hôtel de la Monnaie. Who would guess that it would open on to a graffitied tunnel?

The uninitiated might be forgiven for missing the references in the tags: 1858 — that would be the year the house founder Frédéric Boucheron opened his first store — and Quatre for the jewelry line launched in 2004.

Inside a temporary exhibit space sitting in the courtyard, visitors were served up a mix of screens, live actors, and jewelry displays, set amidst rich green foliage including ivy — a traditional inspiration for the house. Even the guidebook was interactive, with pages folding out to reveal details of the jewelry on display.

“There’s a rock ‘n roll feel to it that I like,” said Charlotte Rampling, noting the unexpected presentation style, as the lighting on a collection of Quatre rings suddenly switched off behind her, making them disappear for a spell.

On one wall, guests could snap metal beads onto a giant replica of the asymmetrical Question Mark necklace—and have their photo taken there — while a display of Serpent Bohème necklaces jutted out of a tall, red lacquered bookcase.

Rampling was not wearing any jewelry. “I didn’t put any jewelry on because I thought perhaps I could take something here, perhaps, as I leave, I could put on a little watch or a little ring — so I came with nothing,” she said, holding out her hands as proof.

Julie Gayet, who said she’s entered a new phase in her career and begun acting in roles as the mother of teenagers, produced the documentary “Faces Places,” directed by Agnès Varda as well as the film “The Insult,” directed by Ziad Doueiri, both shortlisted for an Oscar. “It’s very moving,” she said, of the nod.

Gayet was wearing a pair of drop earrings from the house: “My favorite — they’re always very elegant.”

If Isabelle Adjani was wearing jewelry, she kept it well hidden, as the actress kept herself well-covered in a Chanel ensemble, her upturned collar nearly reaching her cap.

John Nollet said he learned about the house’s inspiration from plants — thanks to the actors reciting text. He said he doesn’t wear jewelry often but recalled trying out a big diamond necklace at a private event hosted by the jeweler.

“I put an enormous necklace on…and I felt just great,” he said, smiling at the memory.

Guests were guided through a series of courtyards and rows of columns — no more graffiti here — by a black carpet leading to the main building. Up a grand staircase and time for cocktails and a slice of foie gras. The crowd admired the Louise Bourgeois spider sculpture that held court in the vast, marbled room as the muddy waters of the Seine river rushed past.