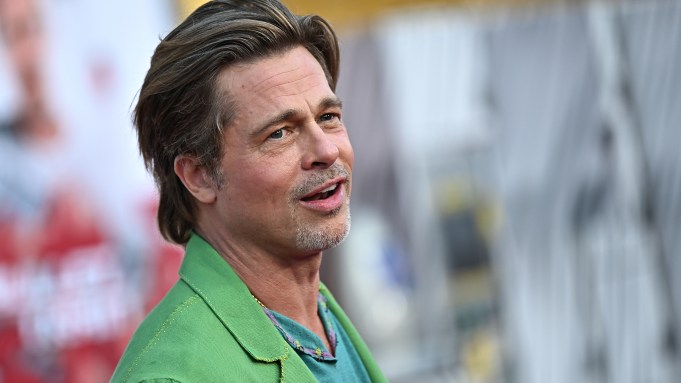 Brad Pitt is making an impression on the red carpet for another casual fashion moment.

This is the latest red carpet appearance Pitt has made for the film. In the last two weeks, Pitt has participated in the “Bullet Train” press tour, where he’s made several appearances in Europe wearing casual looks.

His most standout red carpet look came at the film’s Berlin premiere, where the actor attended wearing a Haans Nicholas Mott loose-fitting, brown linen jacket over a dusty pink shirt paired with a matching brown linen skirt. He gave the look an edgy touch with combat boots and silver jewelry.

He wore other casual looks such as a gray-blue suit jacket over sporty trousers at the “Bullet Train” Paris screening and a summery peach-colored suit jacket with matching trousers and a dark orange skirt at the Paris photo call.

Pitt’s casual style streak is a stark contrast from the actor’s go-to classic style. During the 2020 awards season, where he won the Oscar for his role in “Once Upon a Time…in Hollywood,” Pitt wore an array of classic black tuxedos from Brioni.