The urban and streetwear trade fair held an opening party in Berlin on Monday night. 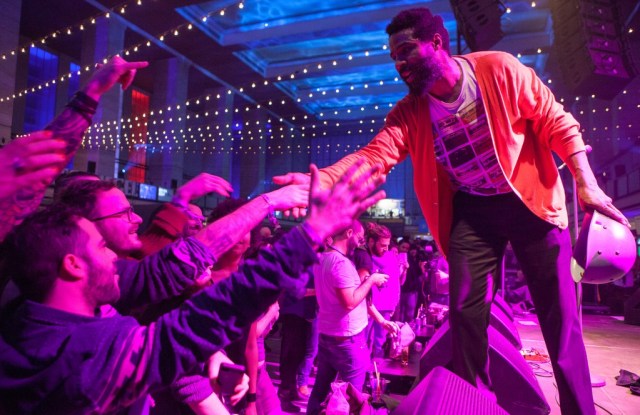 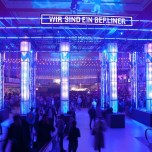 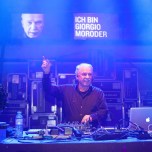 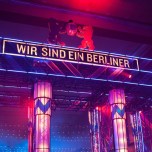 READY FOR TAKEOFF: Trade show Bread & Butter got off the ground at Berlin’s retired and repurposed Tempelhof Airport with its “Let us all be a Berliner” opening party Monday night. With white lights strung high against the ceiling, the old terminal was decorated as a club, while plastic-wrapped falafel ran along the retired baggage claim’s conveyor belt.

Around 9 p.m., Berlin Mayor Klaus Wowereit, Bread & Butter founder and chief Karl-Heinz Müller plus the German television personality and the evening’s emcee Joko Winterscheidt took the stage. After leading the crowd in happy birthday for Winterscheidt, Müller introduced the mayor, who addressed the crowd in German.

“We’re happy that style is once again the main focus here!” Wowereit said. “Bread & Butter has managed to establish Berlin once again as a fashion city.”

Winterscheidt took over the microphone and ribbed the mayor for addressing the crowd in a language only one-third could understand. “Wonderful that you did everything in English,” he said. “I thought this was supposed to be international. Well, I’ll just keep speaking in German.”

Winterschiedt then introduced the evening’s headliner, American singer and songwriter Cody Chesnutt, who took the stage wearing a red cardigan, high-rise black trousers, a white T-shirt screen-printed with a grid of colorful cassette tapes and his signature olive-green helmet. Midway through his set, Chesnutt launched into his last album’s single, “What Kind of Cool (Will We Think of Next).”  The singer, for one, adapted his lyrics for the crowd and the occasion, cooing: “I’ve been all around Germany — Cologne, Düsseldorf, Frankfurt — but tonight Berlin is cool.”

Not to mention blue. A band lead by Alberto Candiani, owner of the Italian denim mill and a music producer, personally premiered the “Denim Symphonie,” which was composed around the rhythm of a denim-weaving machine.