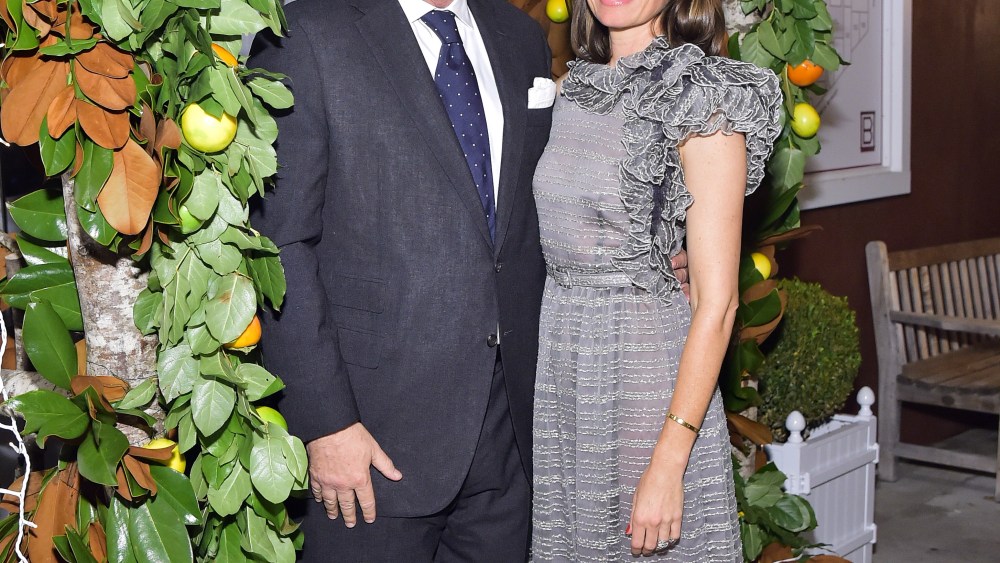 The beloved retail village Brentwood Country Mart celebrated its 70th anniversary on Wednesday with a dinner hosted by owner James Rosenfield and his wife Heather, designed by Alice Ryan and prepared by FarmShop. Guests included tenants such as Jenny Belushi, Jenni Kayne, Mary Alice Haney and Kendall Conrad as well as friends such as Jessica Capshaw, Molly Sims and Shiva Rose.

They recognized the legacy of the Mart by contributing to a scrapbook with love letters written on Happy Menocal designed postcards.

“Our heritage isn’t as old as in some other cities, but if we don’t preserve it, it won’t be around- not just the buildings, but the way of life,” said Rosenfield, who has owned the Mart, a collection of red barn-like buildings, for 17 years. “We’ve made changes not to the structures, but to the tenant mix. A lot is really similar to 1948; there were women’s and men’s clothing stores, a toy shop, a barber shop, eateries, and even a King Carrot Juice Bar. I like the idea of preserving things and keeping it modern and relevant for today’s way of life.”

Lloyd’s Barbershop sits in the same spot as the one where Jimmy Stewart and Ronald Reagan got their hair cut. A couple of new tenants were also in the mix: Laura Vinroot Poole of the Charlotte, NC boutique Capitol and Los Angeles jeweler Irene Neuwirth, who will soon be opening in a joint space.

“Capitol is an important step in the evolution; Laura will bring to the property designer fashion that we’ve never had such as Gucci and Oscar de la Renta,” said Rosenfield. “She’s an impressive woman with an incredible business, and there’s something to be said for Southern hospitality. We also have Sid Mashburn.”

Rosenfield said that Gwyneth Paltrow, whose only permanent Goop store is at the Mart, is “another one of those merchants I believed in from the beginning. She’s always changing and evolving; I would say Gwyneth is a trendsetter in that way. Her brand helps women make decisions about what products to buy.”

He believes the survival of the Mart, and its continued relevance, is a testimony to “the fundamental need that people have for other people. The Mart is a venue for important human interactions. I might be in a dying industry but I hope to be last man standing.”