Nine architecture firms have transformed a series of store windows in a high-end shopping mall. 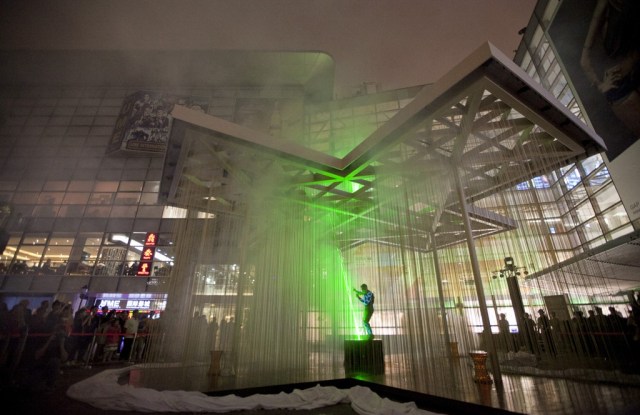 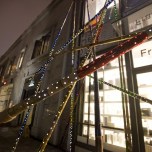 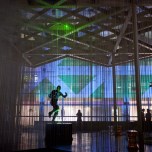 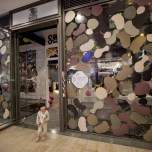 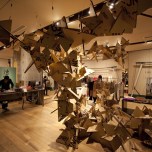 The initiative, called “Play Your Style,” is part an effort to bolster business for design companies from the United Kingdom on the mainland. It is modeled after RIBA’s annual Regent Street Windows Project where up-and-coming architects partner with retailers on the London high street to create window installations that fuse retail design with architecture.

Architecture firm All Design painted camouflage on the windows of SMUDGE, an urban clothing brand. Fans positioned within the windows circulate balloons around mannequins. The balloons, according to All Design, are meant to symbolize bullets, which reflect the brand’s motto of “still moving under gunfire.”

“Sometimes you have to do things that do not result in an immediate response,” Scott Lawrie, a founder of All Design, said. “For us, participating in this is about building up brand recognition in the market here.”

Studio Weave created an interactive pavilion located in Xintiandi’s plaza, which features hundreds of chains suspended from a steel structure. A dancer performed to Prodigy’s “Smack My Bitch Up” in the pavilion during the exhibition’s launch party on Friday night.

“We hope that this launch will be a catalyst for future relationships,” said RIBA president Angela Brady. “We hope that with recognition of good design from the British side that British — China links will get stronger.”