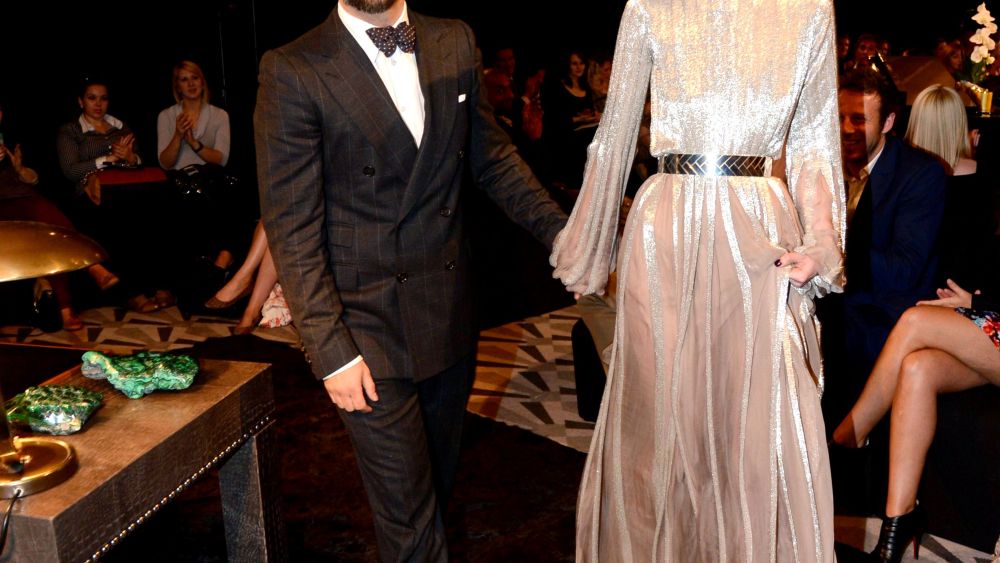 CLOSING SHOP: British couturier Nicholas Oakwell — who has dressed celebrities including Helen Mirren, Karlie Kloss, Jourdan Dunn, Karolina Kurkova, Paloma Faith and Suki Waterhouse — has liquidated his label, and it is now in the hands of insolvency advisers.

According to paperwork filed with Companies House, the official registry of U.K. businesses, Couture Limited was liquidated. According to press reports, the company is working with LB Insolvency. Both Oakwell and LB Insolvency declined to comment.

Oakwell launched the couture label in 2011 and showed his collections in London at Claridge’s. He also had an appointment-only shop within Claridge’s at 49 Brook Street in Mayfair. He was known for his use of playful embellishments such as beads, feathers, fringes and sequins for his glamorous, showy evening and daywear. Claridge’s also declined to comment.

Each dress was made-to-order, and his focus was celebrity red-carpet dressing. His atelier is based in Clerkenwell. Last year, he was involved with the Great Britain campaign, which promotes British products and brands abroad. He created an opulent red gown worn by Erin O’Connor for the project.

He launched No Uniform, a uniform design business, supplying staff members at hotels including Claridge’s, The Connaught, The London Edition Hotel and the Four Seasons, which continues to operate.

Oakwell studied millinery at Epsom University and designed hats for Jasper Conran, Katharine Hamnett and John Lewis. He was an in-house designer for Harvey Nichols, working on the retailer’s in-house label.