Ryan Lo, Cozette McCreery, Molly Goddard and Henry Holland were among the guests. 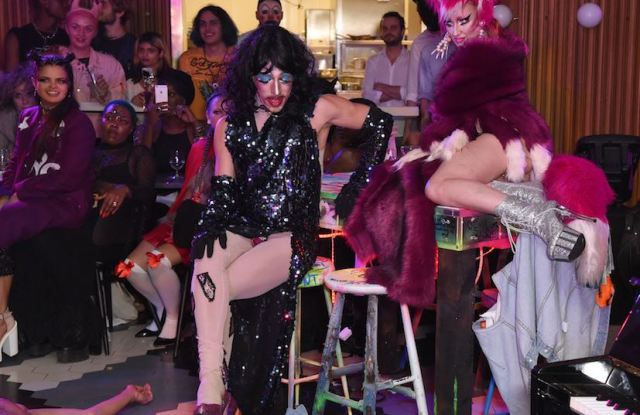 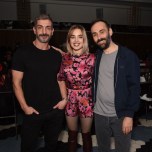 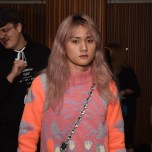 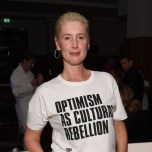 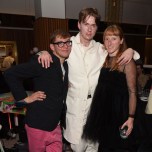 HANGING OUT IN HELL: Halloween celebrations might have been a weekend-only affair for many Londoners, but not for the city’s fashion set, who turned out to mark the occasion at Hoi Polloi in east London’s Ace Hotel.

The event on Monday night was a collaboration between Hoi Polloi and makeup artist Isamaya Ffrench, who created the costumes and makeup for the restaurant’s staff.

“Hanging Out in Hell” was the memo to guests, while the venue was transformed with dim red lights and the waiters and bartenders were made to look like jokers, with white paint, smoky eyes and exaggerated dark lips and brows.

The majority of guests didn’t follow the staff’s cue — and stuck to their personal uniforms for the event.

“You can see how I dress in my everyday life, so I thought I’ll stick to being myself even for Halloween,” said Ryan Lo, who was wearing a pink intarsia sweater dress from his women’s line, with a fur and crystal-embellished Miu Miu bag. Lo, who has long purple-pink hair, often wears clothes from his women’s line.

Lo said he was there to support Ffrench, who is a longtime friend and collaborator. “Isamaya and I went to university together, we stayed in the same halls of residence, and then she started doing the makeup for all my shows. We are already thinking about next season now, and it’s going to be something completely different from the last show.”

Cozette McCreery, co-creative director of Sibling, was also there. She has just finished working on a collaboration with the Scottish cashmere label Brora and is ready to start planning the label’s next show in January, which will showcase the men’s and women’s collections again on the same runway.

“This new way of showing makes so much more sense for production, for the factories, and for us. For once, we were able to take August off,” McCreery said.

Up-and-comer Dilara Findikoglu took over the dance floor post-dinner and, during a quick break, mentioned that she is planning to launch an installation in Selfridges later this month. Her spring 2016 line was featured in the retailer’s newly opened Designer Studio — and quickly sold out.

A show by drag performer A Man to Pet followed the three-course dinner, which culminated with a white chocolate mousse dessert made to look like a bleeding eye, with raspberry sauce. The performer played the role of “Death” and made guests simultaneously cringe and smile with her black humor.

Max Allen, who worked on the creative direction of the show, went around wearing nothing more than velvet underwear and a hooded sweatshirt inspired by Vetements as he took selfies with guests. “I didn’t get the Vetements appeal at first, but now it all makes sense, it’s so f–king comfy.”

Ffrench said her love for the Bistrotheque team – Hoi Polloi’s sister restaurant – and experiential dining made her jump on the project. She plans to regroup with the same team for a Christmas-themed dinner. She has also recently worked with FKA twigs, doing the makeup for all the performers who are taking part in her creative project “Rooms,” which launched last week in partnership with Veuve Cliquot.

“That had a very tribal feel, while here we just wanted to do something eerie, so I used paint to create texture and transform the staff’s faces. Just wait for our Christmas dinner, that will be even bigger,” Ffrench said.