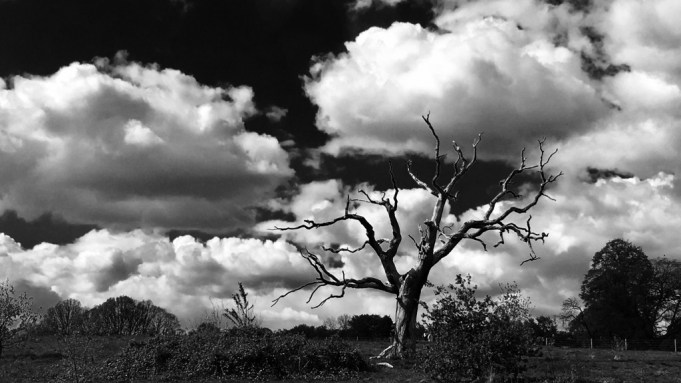 PHOTOS FOR A CAUSE: “It’s a moment of light. People expect to see fame or fashion from me, but that’s not what I take,” said Elizabeth Saltzman at the opening of the E. Tautz charity photography exhibition in London’s Mayfair. Saltzman’s image of light rays was taken during a museum visit. “I like that fact that it’s something private, then taken public,” she said.

Saltzman was among those who contributed images to the E. Tautz show, organized by the brand’s owner and creative director Patrick Grant. The show is called “150” to mark the brand’s 150th anniversary and took place at the Duke Street flagship on Tuesday evening.

Guests including Louise Gray, James Long and his sister Charlotte, joined the crowd on the lower level of the store and viewed works on display. There was imagery by Long, and fellow designer Agi Mdumulla, Sam Cotton, Charles Jeffrey, Claire Barrow, Henry Holland, Kit Neale, Liam Hodges, Louise Gray, Nigel Cabourn and Roksanda Ilincic. The images will remain on display until July 6, and their creators will remain anonymous until the moment of purchase.

“I’m desperate to buy one — it’s for charity,” said Long, who refused to reveal which one was his. “My clue is that it’s relevant to where I’m living at the moment,” he said. The designer moved to Italy from London in 2015 when he took up the job as creative director of the Iceberg men’s line.

He recently shot the Italian brand’s advertising campaign in Los Angeles and will head to Russia this week, returning to London in time for the British GQ dinner that closes London Fashion Week Men’s. The showcase runs from June 9 to 12.

“London is my home,” said Long. “That’s why I wanted to see Patrick. I’d love to see Lou Dalton’s show, too, and to see what everyone is up to. They are my friends — so it’s not really work.”