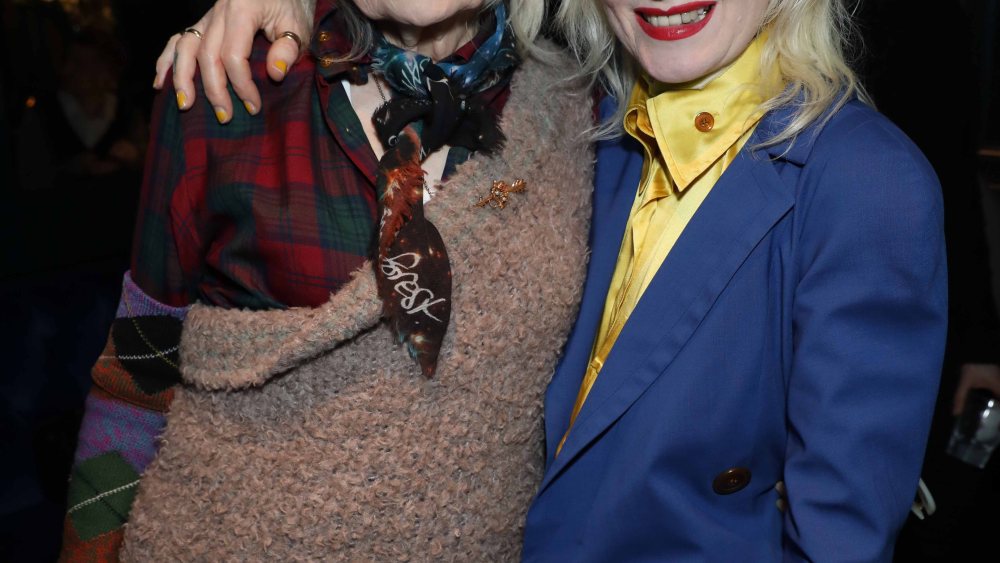 Wearing a colorful paper crown — from her latest range — Westwood was in full activist form. The handmade headpiece — emblazoned with “Ecotrocity” written in crayon across the forehead — was decorated with forks and plastic zip ties. The designer, who is staging her first coed show in London on Monday, said that London Fashion Week Men’s is an opportunity for her to talk about the environment.

“Our target is to switch everyone’s energy supply to green energy,” said Westwood. “I’m going to do it through the fashion industry. We’ve got a whole group of people: doctors, economists, Greenpeace, university students. For example, doctors can campaign for national health to switch to green energy and help supporters to stay in national health. I’m doing a whole thing about Ecotricity which is the best energy company and it’s available in England. It’s not so easy in America to just get a green energy source so that’s what I’m doing with the collection.”

Westwood’s friend and fellow designer Hogg said she doesn’t normally go to men’s fashion week but will be attending Westwood’s show. “I’m really looking forward to it, she never disappoints,” said Hogg. “It was Vivienne who inspired me to do fashion. And every time I do a show, I always wear a pair of her boots. I don’t think she knows that but she may find out now.” The women’s wear designer didn’t think she would be showing during London Fashion Week, which takes place next month, but said she plans to stage a show at some point.

Meanwhile, Konjic, who recently flew in from New York, said he’s excited to see labels such as Westwood, Belstaff, Bobby Abley and Craig Green. “There are a lot of people who are not showing this season but I think it’s still quite strong,” said Konjic. “So I’m looking forward to it. I think it will let the new ones shine more instead. I heard a lot about the new young designers who are actually putting on quite a show, so I’m looking forward to seeing that.” The model said he’s recently been toying with ideas and web sites about being a father. “I think it’s because men are more open to fashion products,” said Konjic.

Hogg is not a fan herself. “I’m not really one for New Year’s resolutions because I know I’ll break them,” she said.