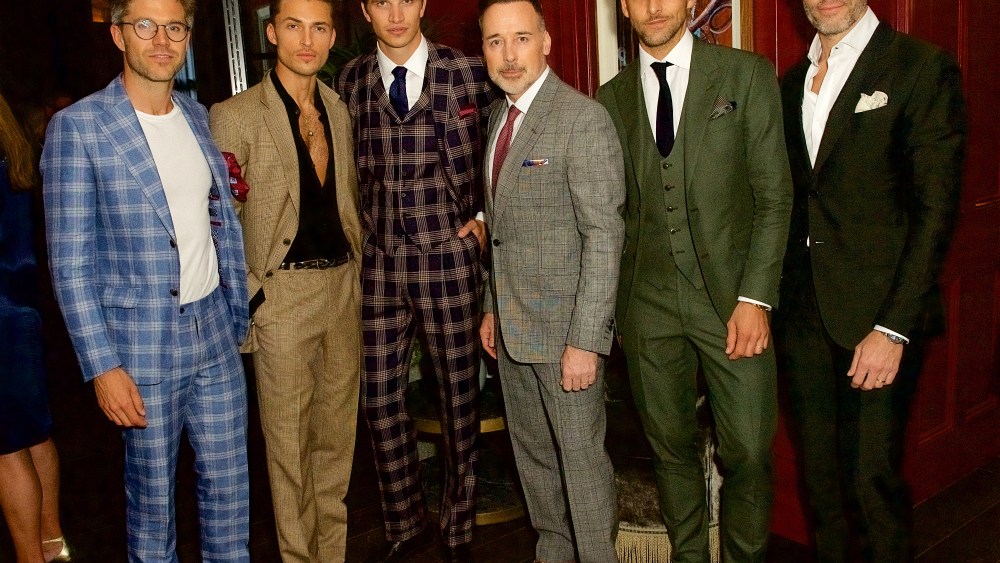 ALL DOLLED UP: It may have lasted just three days, but the brevity of London Fashion Week Men’s only revved up guests’ inner party animals, and put them in a carpe diem mood. The week closed with the biannual dinner hosted by GQ and another one hosted by Fashion East at Bistrotheque, which is housed in a converted warehouse restaurant in east London.

At Bistrotheque, London’s creative class was out in force, with guests including Richard Malone, James Long, Marta Jakubowski, Roksanda Ilincic and Charles Jeffrey, who had shown his collection earlier that day. Entertainment included a Britney Spears impersonator who sang “Oops I Did It Again” and “Toxic.”

Across town, British musician and actor Loyle Carner and Dylan Jones, editor of British GQ and men’s wear chairman of the British Fashion Council, cohosted a dinner at Neptune restaurant at The Principal hotel.

After dinner Johannes Huebl, proudly wearing a new khaki Thom Sweeney three-piece suit, and Hollywood style consultant Andrew Weitz said their farewells, although they were superfluous. “I don’t know why we do this; we’ll be seeing each other tomorrow in Florence for Pitti,” deadpanned Huebl.

Guinness said he’s been pouring all of his creative efforts into QueerBible.com, a guide to queer culture he launched six months ago to inspire and empower young LGBT people. A coffee-table book is in discussions with publishers.

“It’s the web site I wish I’d had when I was a kid: a place to go and learn about the most important, influential queer people throughout history,” he said. “When you realize you’re gay, you feel alone and separate from your family. I want them to know that not only are they not alone, but they walk in the footsteps of some of the most incredible human beings to have walked the face of the planet.”

Absent from the proceedings was young designer Daniel W. Fletcher, who had hosted his own party earlier in the week, celebrating his collaboration with Christian Louboutin on the shoes for his standout spring collection.

At that party, Fletcher didn’t talk fashion, but rather his strategies for unwinding: pottery classes. “I thought, ‘I need to do this,’ because otherwise I’d just be going to the studio and that’s not healthy. And I love just creating and not thinking about work. Now my flat is filled with all of these wonky pots.”

On Sunday night, the GQ Style supplement and Browns cohosted a dinner at Annabel’s with guests including Charli XCX, Kim Jones, Virgil Abloh, Immy Waterhouse, Huebl and Cuba Gooding Jr., who is in town starring in “Chicago.”

“I wish we had a place like this in L.A., in the States, even; there’s just nowhere like this at home,” said Weitz of the newly reopened club. “You know, a stylish place for grown-ups.” Annabel’s reopened last month in a new four-floor building just a few doors down from the original venue.

Diplo’s DJ set got the dance floor moving in record time, while out on the smoking terrace, Betty Bachz and designer Alex Mullins had an impromptu photo shoot, with Mullins leaning in to the role by sprawling on the floor in his all-white denim ensemble.

“He’s going to regret that come washing day,” quipped another partygoer on the way out the door.