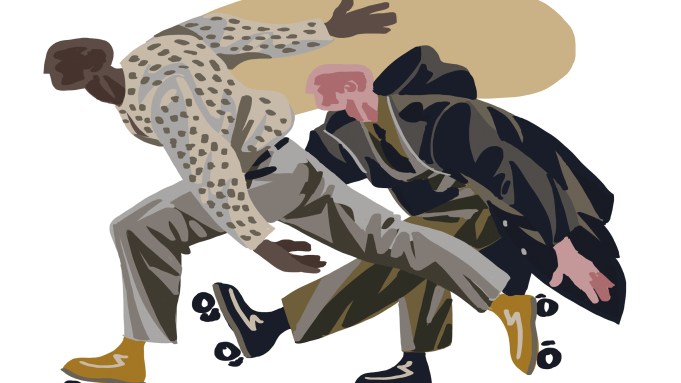 DISCO DESIGNS: British label E. Tautz has teamed with illustrator Ferry Gouw, mounting an exhibition alongside the fall lineup at its flagship store on Duke Street.

The exhibit will include seven illustrations and an installation produced and curated by Gouw. London-based Gouw is an art director, illustrator, graphic designer and video director, best-known for his work with Major Lazer.

“Ferry is really cool,” Patrick Grant told WWD. “His work from Major Lazer is a huge part of the identity of that collective. It’s the third time we’ve worked together but this is the first project we’ve done that will have a physical output. There is a lot I love about Ferry’s work but for this project what was most vital was the sense of dynamic and dramatic action that he brings, like the great superhero comic characters that he loves.

“That was what this E. Tautz collection was all about: clothes that make you feel like dancing.”

The showcase will be mounted at the store throughout the season with the works available for purchase for 350 pounds, or $470, at current exchange.

Earlier this year, the brand revealed plans to launch Community Clothing, a non-profit label that will adopt a direct-to-consumer approach. Grant was among the 280 British creatives that signed a letter supporting the campaign to keep the U.K. in the European Union.