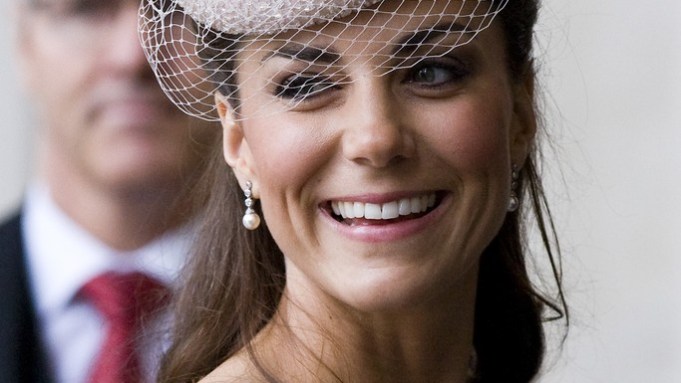 JUBILEE WRAP: Bringing to a close four days of celebrations to mark her Diamond Jubilee, Queen Elizabeth II Tuesday evening broadcast an address thanking Britons for their part in the weekend’s events.

“The events that I have attended to mark my Diamond Jubilee have been a humbling experience,” she said during the two-minute address. “Prince Philip and I want to take this opportunity to offer our appreciation to those who have had a hand in organizing these celebrations.”

The speech rounded off the fourth and final day of Jubilee celebrations, which began with a morning thanksgiving service at St. Paul’s Cathedral, followed by a lunch attended by the Queen and royals at Westminster Hall and ending with a dramatic flypast over Buckingham Palace.

The Queen wore a white silk tulle coatdress embroidered with star-shaped flowers by her dressmaker, Angela Kelly, accessorized with a mint green scarf and a wide-brimmed white hat.

Royals including Prince Charles and the Duchess of Cornwall, the Duke of York and his daughters, Princess Beatrice and Princess Eugenie, joined the Queen for the service, along with the Duke and Duchess of Cambridge. Kate wore a peach-colored lace shift dress by Alexander McQueen, with a pillbox hat by Jane Taylor, while William wore a morning suit. Beatrice wore a blue coat by Kinder and a Stephen Jones hat, while Eugenie also wore a Stephen Jones hat, and a purple dress by the British label Suzannah.

Prince Philip was absent from the services, as he was hospitalized following a bladder infection.