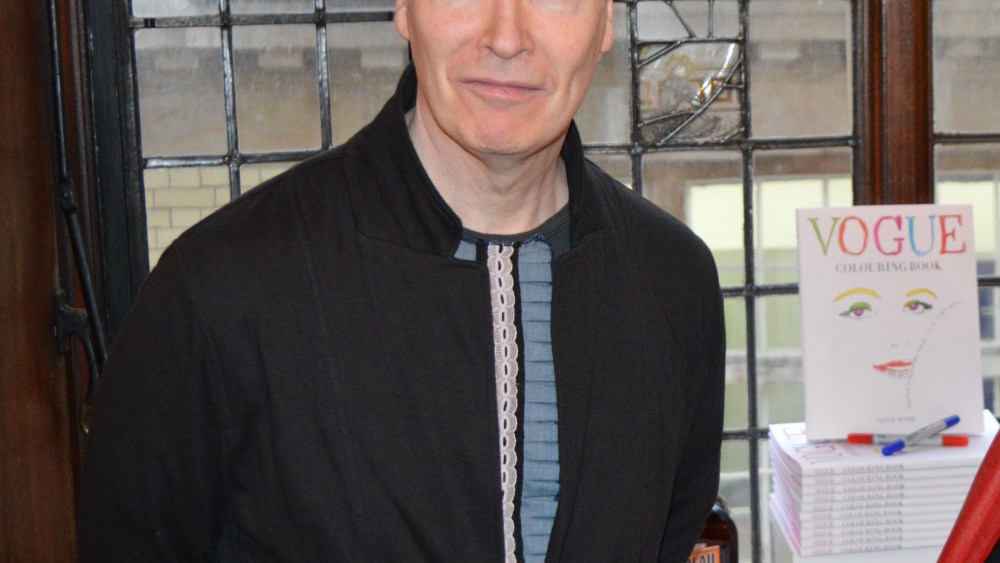 COLOR THEORY: “I’ve always colored outside the lines,” said Iain R. Webb at the launch of his coloring book at Liberty London this week. “Where there is a plain suit, maybe people can put flowers all over it. Or where there is a white drop, maybe they can draw palm trees and transport the model to another location.”

British Vogue commissioned the writer, curator and Royal College of Art professor to create a 96-page coloring book featuring Webb’s hand-drawn designs. Inspired by the magazine coverage and fashion of the Fifties, the book features ball gowns, cocktail dresses and dressy ensembles from a bevy of designers including Christian Dior, Balenciaga, Givenchy and Chanel as well as style tips that reflect fashion trends of the era.

“I remember as a teenager being given a copy of Vogue at Christmas,” said Webb during the launch party on Wednesday, which drew guests including David Downton, Anthony Price and Jacques Azagury.

“I used to pore over the pages and copy the pictures, and it’s something I’ve always thought about. The 1950s was a decade that went from black and white into color. It seemed appropriate to do something along that way. And then the publisher wanted it by Christmas, so I had to do it very quickly. I did it in less than a month. At 10 a.m. in the morning, I went into the archives and went through issues from January 1950 to December 1959. I did about 150 drawings and then edited it down.”

Downton, an illustrator, admitted he’s “really bad at coloring to the line. I don’t like the definition. I always want to go beyond it.” He called the book a pleasure in a crazy world. “We live in difficult times in all parts of the world, including here. But to have something light and pleasurable and engaging — there’s nothing not to love.”

Published by Conran Octopus, the “Vogue Colouring” book is priced at 10 pounds, or $15, and will go on sale at Amazon.co.uk on November 5.