The ads will remain on the trains through the spring. 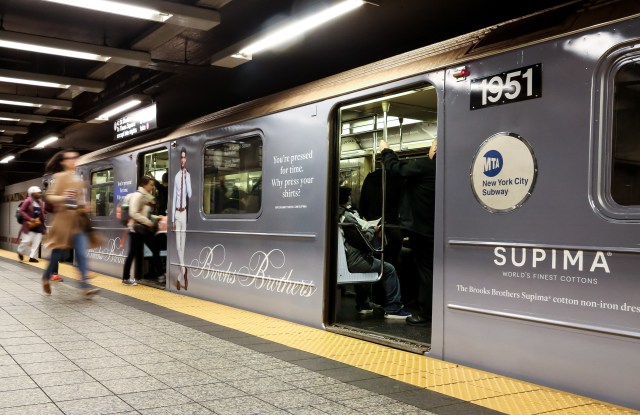 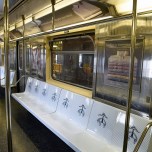 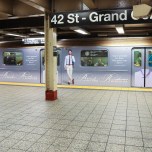 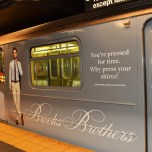 Brooks Brothers is on the move.

The retailer has teamed with Supima cotton to wrap a New York subway train in Brooks Brothers messaging, both inside and out. The interior seats of the Grand Central shuttle feature the store’s signature Golden Fleece logo on a background depicting its bengal stripe Supima oxford. The exterior shows a guy in a button-down shirt, repp tie and skinny chinos, holding a blazer over his left shoulder. The doors come together to create a folded shirt and the copy reads: “You’re pressed for time. Why press your shirts?”

Supima cotton is used in many Brooks Brothers products including dress and sport shirts, knits and pants. It is also used in the women’s collection designed by Zac Posen.

The campaign began this week and will continue through spring. In addition to the train, the company is running ads in GQ, which is holding a contest where four winners will each receive a week’s worth of Supima men’s shirts. The same ads are also appearing on buses, newsstands and digital screens in Penn Station and Grand Central in New York as well as in other cities, and on cable cars in San Francisco. Additional messaging, which is also being used in store windows, features the tag line: “Grown in America, Loved Around the World.”

This is the sixth year Brooks Brothers has partnered with Supima.