The campaign image for Calvin Klein fetched $112,875 at Phillips in London. 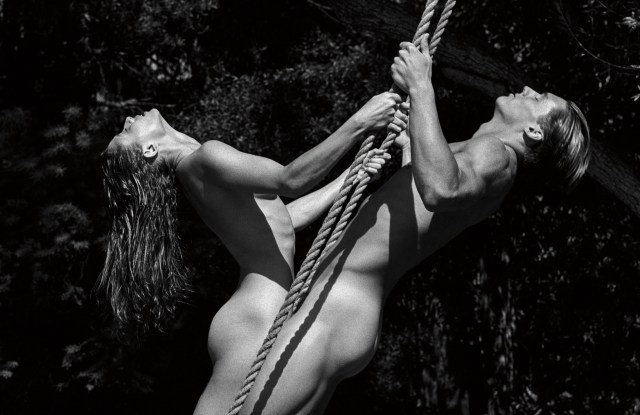 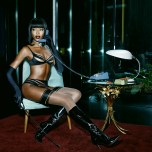 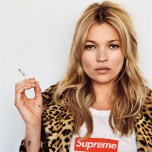 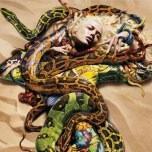 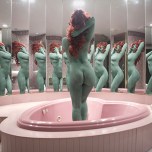 WEBER’S WIN: Bruce Weber’s black-and-white image of a suntanned, nude couple on a swing — who over the age of 40 could forget it? — broke a new world auction record for the photographer at Phillips in London on Thursday.

The image, “Ric and Natalie, Villa Tejas, Montecito, California, 1988,” was used for the 1989 Obsession ad, and was a part of Ultimate Campaign, a collection of nine fashion advertising photographs that went under the hammer. The nine images were part of a larger sale of photographs at the auction house’s Berkeley Square space.

A buyer snapped up the Weber wonder for $112,875, paying nearly 50 percent more than the top-end estimate. Weber’s image was auctioned alongside those by fellow fashion snappers Nick Knight and Alasdair McLellan.

According to Phillips, Ultimate Campaign is meant to celebrate “collaborative” creativity. “In our curated selection, these photographs stand alone as works of art that can be described as timeless, powerful, distinctive and intoxicating,” the auction house said.

In an interview just before the sale, Yuka Yamaji, co-head of European photography at Phillips, said the house feels “fashion photographs are very much undervalued.” Thursday’s sale was the second time Phillips thrust fashion images into the auction spotlight. “Every spring we like to celebrate fashion,” she said.

Yamaji added that what fascinated her in particular was the fact that many of the photos never actually existed as a standalone print because they went straight onto the streets or into magazines, as in McLellan’s Supreme poster or Weber’s image, which the world only ever knew as a Calvin Klein ad.

Knight’s “Snakes” photo was another top seller, fetching $64,500, in the middle of its estimate range. The overall auction raised $3,024,889, and included works by photographers such as Henri Cartier-Bresson, John Baldessari, Irving Penn and Richard Avedon.

Before the auction, Ultimate Campaign was mounted as an exhibition at Phillips in conjunction with Matchesfashion.com. The retailer worked on a separate project in the space with multimedia artists Walter & Zoniel who installed a giant “walk-in” camera, creating life-sized portraits of guests at the viewing.