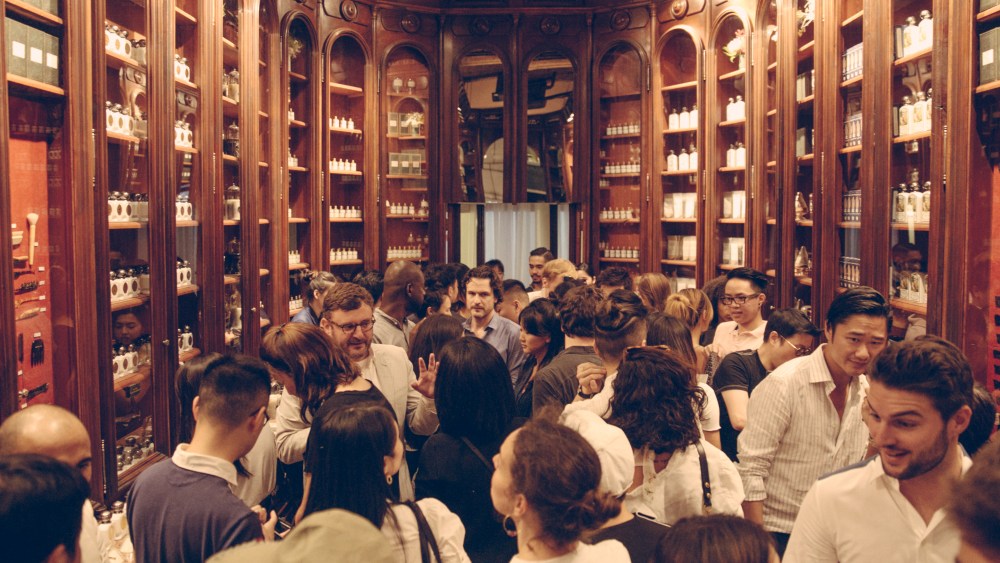 THREE’S A CHARM: “The city is a chaos of smells!” said Victoria de Taillac, a cofounder of Buly 1803, at the opening Wednesday evening of the brand’s first location in Hong Kong.

She was standing outside the store on Wyndham Street, since the boutique itself was so full of people there was hardly room to move.

De Taillac and her husband Ramdane Touhani, who founded the brand in 2014, were capping off a chockablock summer with three openings that brought Buly’s total store count to eight worldwide.

“I would say it has been a very busy summer — [with the] opening of here, the opening of Tokyo, the opening of the second Paris store,” said de Taillac, adding the couple took just five days’ holiday, an atypically short stretch for French business people.

“Trust me, we were very surprised that [in July and August] nobody was off,” said Wen Song, Buly’s partner in Taiwan, referring to the duo.

“We replied all summer — they couldn’t believe it,” de Taillac laughed.

De Taillac said over the past 15 years Hong Kong has become a favorite city of her husband.  “He comes at least three or four times a year,” she explained.

Now that Buly’s retail footprint has grown so much, the couple will turn its attention more to the products side of the business and on improving the brand’s web site, she said. Buly also has a book, called the “Atlas of Natural Beauty,” scheduled to be published by Random House at the end of October.